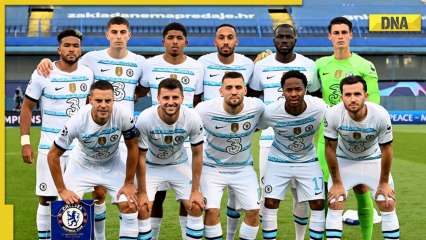 It wasn’t the ideal start to the new season for Chelsea, but following the resignation of coach Thomas Tuchel, the Blues have appointed Graham Potter to take charge of his game for the club as they welcome RB Salzburg to Stamford Bridge.

Chelsea suffered an embarrassing 0-1 defeat at the hands of Dinamo Zagreb on matchday 1, which was enough for owner Todd Boehly to pull the plug and sack Tuchel. After paying a world-record fee as part of Potter’s release clause, the Blues hope he can inspire a turnaround in fortunes.

Elsewhere, Salzburg were nearly clear in their domestic competition but were held out to a 1-1 draw by AC Milan and their next test could be the toughest in the group.

Where and when will the match Chelsea vs RB Salzburg, UEFA Champions League be played?

The match Chelsea vs RB Salzburg, UEFA Champions League, will be played on September 15, 2022 at Stamford Bridge in London.

READ| Man City vs Borussia Dortmund, Champions League live streaming: how to watch, MCI vs DOR dream11, all you need to know

The UEFA Champions League match Chelsea vs RB Salzburg will be broadcast on Sony Sports Network channels in India.

How and where can you live stream Chelsea vs RB Salzburg, UEFA Champions League match online?

The live streaming of Chelsea vs RB Salzburg, UEFA Champions League match will be available online on SonyLiv and JioTV apps in India.