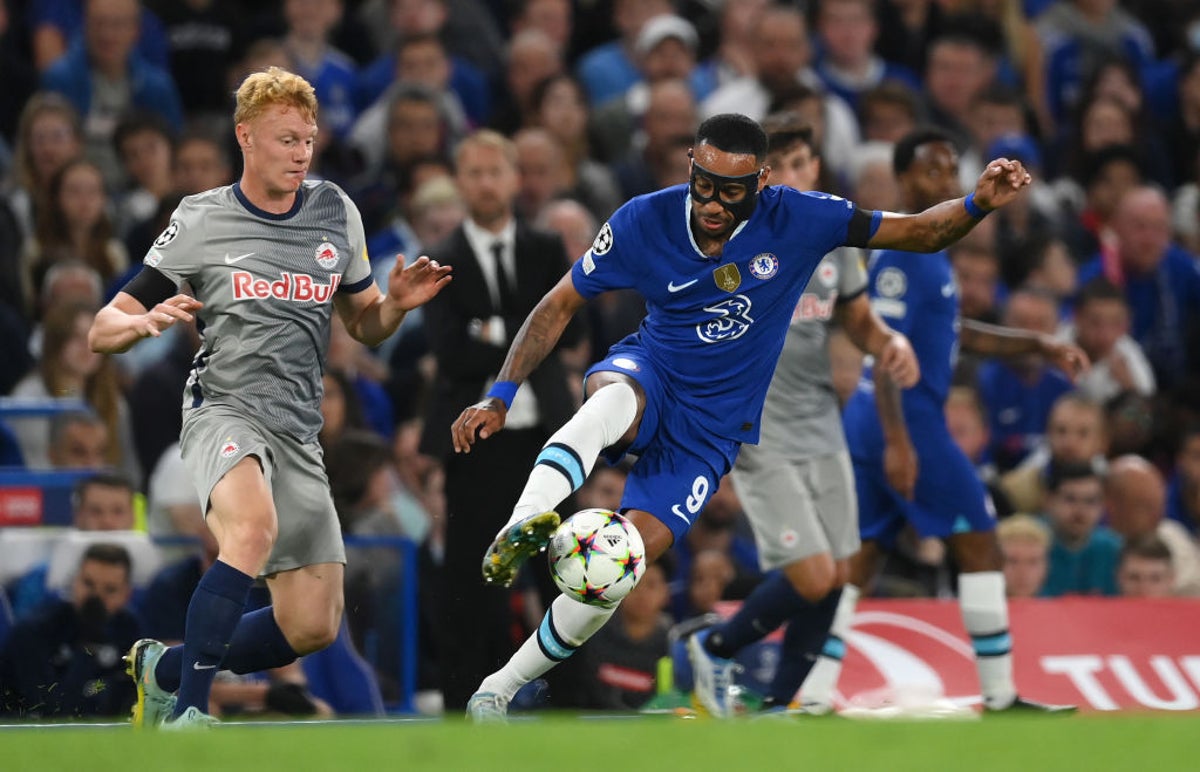 Chelsea return to Champions League action on Wednesday night and it will be a game of some firsts – including, the West London club hopes for a first group stage win. That’s because of the surprise defeat at Dinamo Zagreb last time, which led to the resignation of Thomas Tuchel. Graham Potter is in place and this will be both his first game in charge of the club and the first game of his career in the league.

This will now be Potter’s only game with his team until October, with both last weekend’s and next weekend’s Chelsea games being postponed, with an international break starting immediately after.

Salzburg managed to equalize AC Milan in Group E last week, while the Blues will face the Italian champions in back-to-back European matchdays next month.

Follow all the action and build-up below as Chelsea take on RB Salzburg:

A big handball scream from Kovacic as he ran too late into the penalty area and headed for goal. It does indeed hit a hand, but the defender has it on his side.

There’s the whistle and that’s the break. As in many matches in Europe so far tonight, we are goalless at half time.

Added three minutes. Presumably all for the umpire who wasted time running on and off the pitch as we’ve only had one other minor stoppage.

Sesko curls in Salzburg’s first shot of the game and it’s almost a goal. A curled low effort with his left foot causes Kepa to scramble and he makes a fine save to tip him around the post.

On the other hand, Mount and Havertz combine almost to a good result, but again the finishing touch is missing.

Sterling then snaps a dangerous cross in the center, but no one attacks it. A few last-thirds numbers to try and sort out for the new boss during intermission.

Everything back up and running, presumably. Bit annoying but we’re going again.

Chelsea find a route to goal nearly twice in a minute – first Sterling sees a volley blocked on the edge of the six-yard box, then Cucurella’s low cross is deflected to Mount on the edge of the penalty area and he whips a half volley to the goal…just for the spin on the ball to blast it just past the post. Should have scored.

Graham Potter has a quick word with Jorginho to try and sort out some problems in midfield as the referee wanders to the sidelines. He seems to have a communication problem because he can’t hear the fourth official or anything like that.

Now he’s having a conversation with the two captains on the field… what’s going on here?

Kovacic and Mount both do well to regain possession on different sides of the field. Great pace of work to cover teammates from both. Cucurella fouls Sesko, who holds the game well, but so far can’t make any meaningful impact closer to goal. No shots on target so far tonight. No shots at all for Salzburg, mind you.

Wonderfully James turned the right side to escape his marker, but as Aubameyang and Sterling burst into the penalty area, the right-back hit the cross past the pair and it’s out for a throw-in.

Not much cohesion between those leading players so far tonight but a lot of industry.

Applause for Tuchel around Stamford Bridge in the 21st minute – 2021 will be the year of his Champions League success.

Sterling almost interrupts the public’s appreciation by giving Kovacic a shot, in the end he goes first and James also chooses not to shoot. Then it’s Aubameyang’s turn to get frustrated, this time by a defensive block. The hosts push but without finding the opening they want so far.

James knocks his man to the right and stands on a clipped cross; it reaches Sterling, but after checking his left foot, his attempt is blocked behind him. There was not much counterattack from the visitors since the first minutes. Azpilicueta gets a slap in the face and goes downstairs.

Fairly quiet start to the game in terms of last-thirds action. Lots of possession for the home team, but no cutting edge yet. Aubameyang has not had much service in the area.