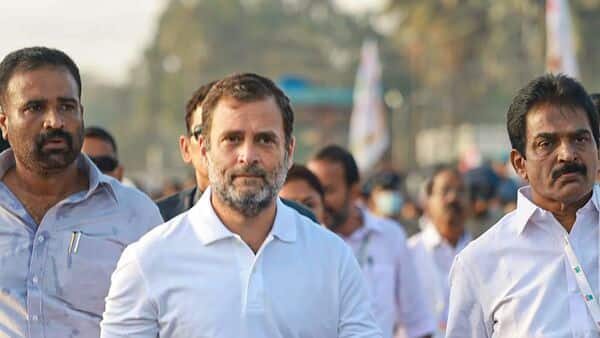 However, the head of the state congress, Mohan Markam, said on Sunday that the party’s national president, Sonia Gandhi, has the right to call for the nomination of the new president for the state and said the party workers here would instructions will follow.

ALSO READ  Election of the President of Congress: Big Change or No Change; what can be expected?

Rajasthan chief minister Ashok Gehlot backed Rahul Gandhi as he became the president of the congress as a state unit on Sept. 17, which unanimously passed a resolution in support of him, said Food Minister Pratap Singh Khachariya. The resolution was proposed by Gehlot.

It should be noted that if only one candidate remains in the fray after the nominations are withdrawn, the name of the president himself will be announced on October 8. Congress last saw a competition for the post in November 2000.

When asked, Baghel said: “The Chhattisgarh Pradesh Congress Committee passed the resolution today (to make Rahul Gandhi president) and the Rajasthan unit of the party has also done so.”

Baghel said he and others also supported another resolution tabled by the PCC chief to authorize the congressional president to appoint the party’s head of state and other office holders. Both resolutions were passed in the meeting, he added.

Meanwhile, the ‘Bharat Jodo Yatra’ led by Congressman Rahul Gandhi resumed on its 11th day from Haripad, Alappuzha. Rahul Gandhi, along with other senior congressional leaders, has covered more than 200 km of the 3,500 km yatra, which began on September 7 from Kanyakumari and will end in Srinagar, spanning twelve states and two union territories in about five months.

With Uddhav Thackeray’s brother by his side, CM Shinde says his Sena faction is a true heir to Balasaheb’s legacy

Livestock roam this $15.5 million Colorado ranch, but it once belonged to the dinosaurs