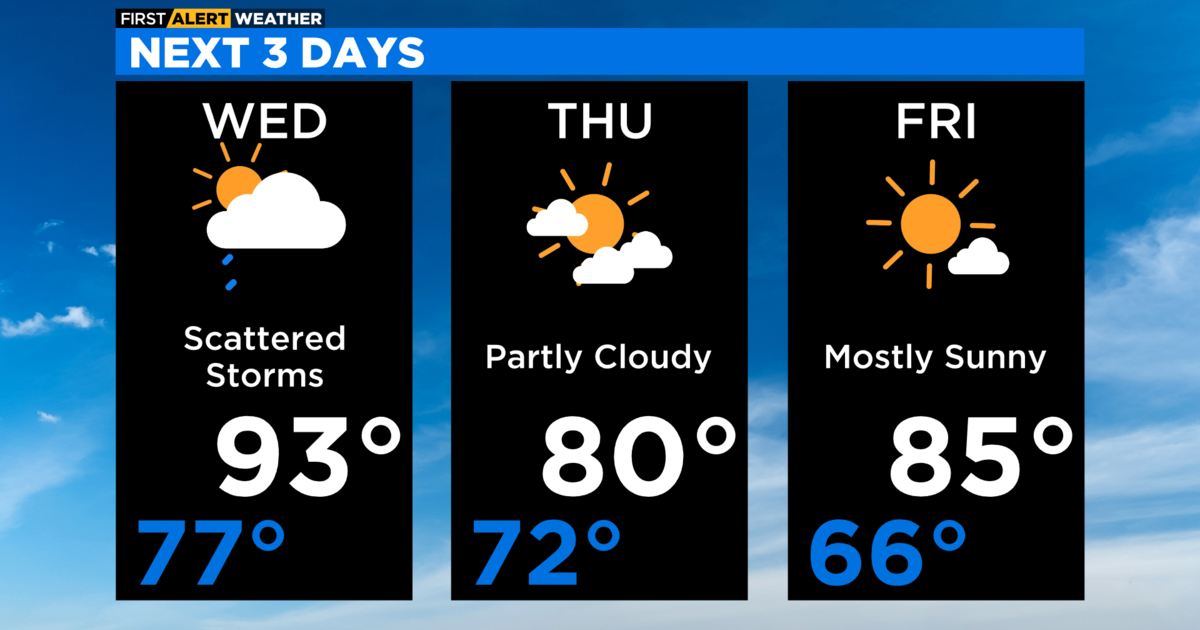 CHICAGO (TBEN) — The chance of thunderstorms increases Wednesday afternoon as a front approaches the area.

Ahead of the front, expect a hot, windy and humid day with highs in the low 90s. The extra humidity will make it feel like it’s between 100 and 105 degrees.

A heat advisory was issued Wednesday from 10 a.m. to 7 p.m. in Illinois Kankakee, Livingston, Iroquois, and Ford counties; and Lake, Porter, Newton, Jasper, and Benton counties in Indiana. According to the National Weather Service, the heat index can reach 108°.

Scattered thunderstorms increase in the mid and late afternoon on Wednesday.

A few storms can be violent and cause damaging winds. Heavy rainfall can also lead to some minor flooding. The chance of showers continues until late in the evening.

An isolated shower is possible Thursday, but especially for areas south of I-80. Thursday it will be cooler with maximums around 80 degrees.

THURSDAY: Partly cloudy and cooler with a small chance of showers. High 80°