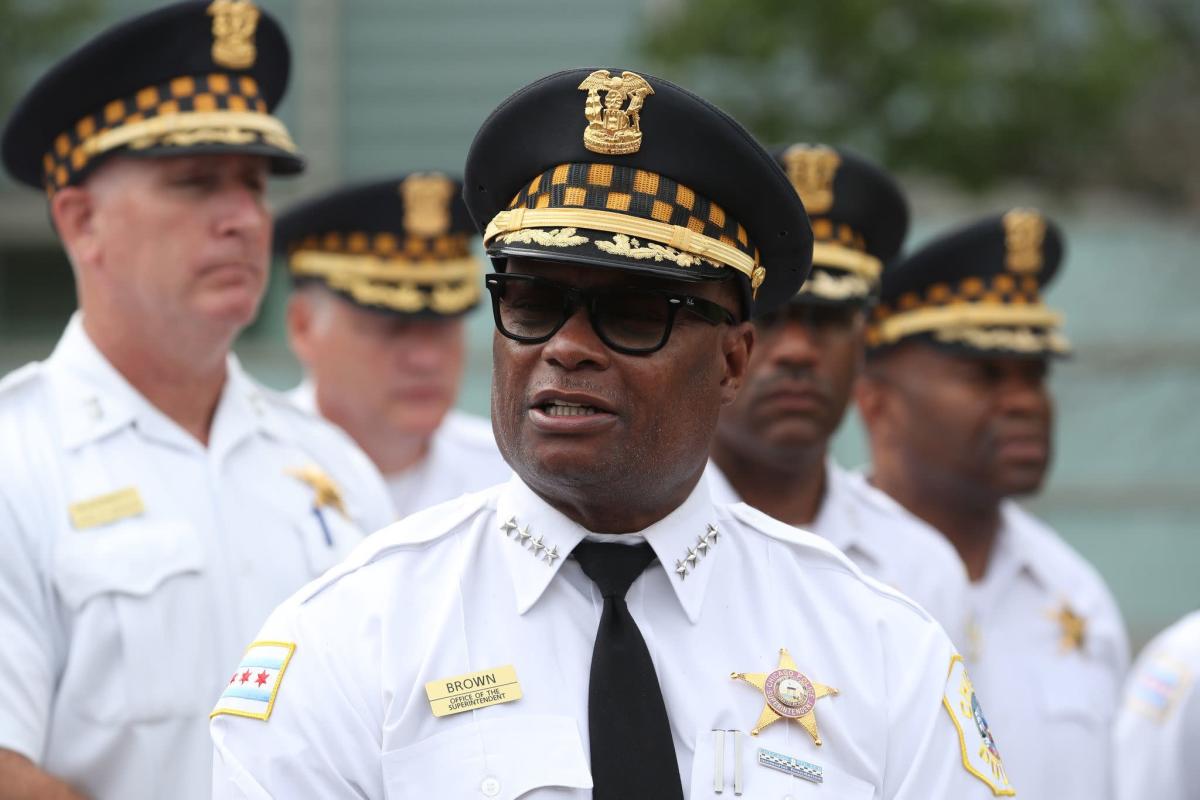 A 29-year-old man was shot and killed early Saturday morning while riding a Red Line train on the South Side and Chicago police said they will increase their presence on the CTA as soon as Sunday.

The Red Line attack was a “senseless act of violence that doesn’t belong anywhere in the city, especially not on the CTA,” said President Dorval Carter Jr. at a press conference Saturday afternoon at the police station in the South Loop.

The CTA is doing “everything they can to stop these blatant acts of violence,” Carter added.

“Violent crimes are on the rise,” which is why police are adding more resources, said Chief Inspector David Brown, who said the man was riding a train northbound on the 100 block of West 79th Street around 2:05 a.m. when he saw several was shot several times.

That man — one of four fatal shootings in the city overnight — was pronounced dead at the University of Chicago Medical Center, and Brown said no one had been arrested.

Police are “committed to doing whatever it takes” to make the CTA and the city in general safer, and announced that another team of Chicago police officers — including K-9 dogs — will join the CTA Sunday. be added, Brown said.

Brown has not disclosed how many additional agents will be added or where they will focus their efforts.

“The CTA is a priority for this department and for this city,” Brown said, adding that protecting every neighborhood and city agency is a “balancing act” as many people seek more security and only so many resources are available.

“We are working with the CTA to improve safety for our riders, and we know that the CTA is vital to our culture and our commerce and how hard-working Chicagoans get to work, to school and countless other places and events go and get back home,” Brown said.

“Our department continues to expand our presence on the CTA as well as our proactive policing strategies by adding more and more Chicago police officers to the CTA.”

In addition to the increased police presence, CTA will also bring back K-9 security teams, according to Carter, who said the details of the dog deployment are still being worked out but expects to have an announcement with more information “in the very near future.” future.”

“In the meantime, both CPD and CTA remain focused on keeping the system safe and looking for ways to make it even more secure,” Carter said.

Three additional murders took place overnight and were brought up at the press conference.

One of the three happened around 3:15 a.m. at 210 W. 87th St. in the city’s West Chatham neighborhood, where a 26-year-old man was standing in a parking lot with several people, and one or two unknown persons fired at them. of the group, Chicago deputy chief of police Rahman Muhammad said at the meeting. The man was hit several times and was declared after being transported to Stroger hospital.

Another man, 29, was killed at about 3:20 a.m. in the city’s Printer’s Row neighborhood in the Loop at 430 S. Clark St., also injuring another person, Mohammed said.

Mohammed said the 23-year-old told police there was a “quarrel or altercation” leading up to the shooting, and multiple shots were fired at the two men.

The most recent fatal shooting occurred around 5:15 a.m. on the West Side, at 4040 W. Monroe St., Mohammed said. There, a 30-year-old man was found unresponsive and was taken to Mount Sinai Hospital with a gunshot wound to the back and neck. He was later pronounced at the hospital.

Mohammed said no one has been taken into custody for any of the killings, and they are continuing to investigate the attacks.