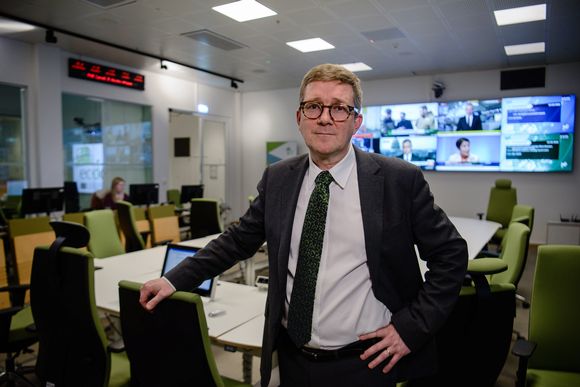 As health authorities across Europe closely monitor the mutated British coronavirus strain, concern grows over the potential that the new variant may be more virulent in children.

Researchers have estimated that the British variant is around 50 to 70% more contagious than the more common form of the virus.

The variant has spread rapidly in Ireland and there are also indications that it is in circulation in Denmark, for example, according to the epidemiologist Pasi Penttinen, a leading expert at the European Center for Disease Prevention and Control (ECDC).

“There is no sign [the variant] causes more serious illness. However, the first results of a study suggest that [current] the vaccines will work against the British variant, ”Penttinen said.

The epidemiologist said that a major question to be answered is the virulence of the new variant as well as the role that children could play in its spread, noting the risk that possible changes in the structure of the virus could also. result in changes in the population groups that might become infected with it.

Penttinen said there had been slight indications of this possibility in the early stages of research on the topic.

“Fortunately, data from the last few days shows that there may not be any change from the previous one [variant], but it’s still the subject of rigorous research. I think more detailed information will be available in the days or weeks to come, ”he said.

Until very recently, it was thought that the role of children in the spread of coronavirus was not as important as, for example, in the spread of influenza or respiratory syncytial virus (RS).

If it turns out that the mutated variant spreads more easily in children, it would potentially have profound implications for government coronavirus policies, such as the possibility of closing schools and daycares.

“Very difficult discussions have taken place in many European countries on the role of school closures in combating the pandemic, and many countries have kept primary schools and daycare centers open. This is the first thing to consider. , if it is found that children play a more important role in the spread of the disease, when it comes to the new variants, ”he said.

Due to a slower-than-expected rollout, coronavirus vaccines have not yet made much headway in the fight against the disease in Europe or Finland. Penttinen said the situation is very difficult in parts of Europe, adding that he believes the fight against Covid-19 will continue for another year, but progress has been made.

“Getting high-risk groups vaccinated is a very positive development, so in the coming months we will certainly reduce the risk of serious illness and reduce the fatal consequences at European level,” he said.

However, inoculating the elderly and other at-risk groups will not be enough to bring the epidemic under control as a whole, Penttinen warned, adding that virtually all people over 40 who receive Covid are at some risk of disease. ” be hospitalized, requiring intensive care treatment, or even dying of the disease.

“Even though the vaccine is being distributed and will reduce serious consequences at European level in the short term, the disease will not go away in the coming months. We must be ready and persevering to continue restrictive measures until adequate immunization coverage is achieved among the adult population, ”said Penttinen.

US on alert for armed protests as Biden inauguration draws closer

US on alert for armed protests as Biden inauguration draws closer