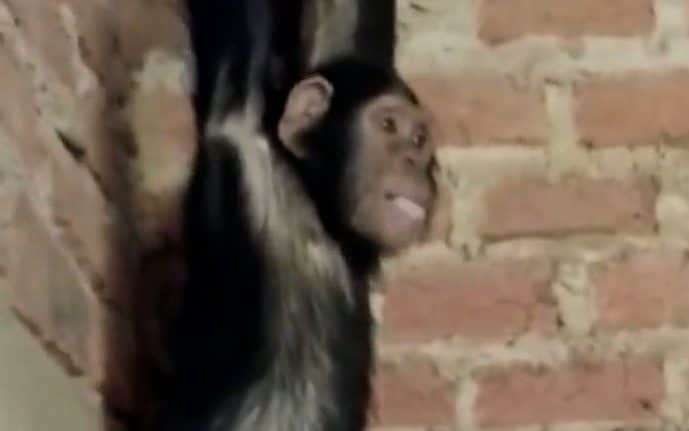 The monkeys, aged between 2 and 5, were abducted earlier this month when a gang broke into the JACK Primate Rehabilitation Center in the middle of the night.

“It’s a nightmare… it was such a disaster,” the center’s founder, Franck Chantereau, told the Mongabay environmental agency. “We have been facing a lot of challenges for 18 years. But we have never experienced anything like this: the abduction of monkeys.”

Monkey abduction could be world’s first

JACK is one of three monkey sanctuaries in the war-ravaged Central African country. It is home to about 40 chimpanzees and other primates, such as the endangered golden-bellied mangabey. The organization is working with law enforcement agencies to save the chimpanzees.

Adams Cassinga, of ConservCongo, a Congolese NGO that investigates wildlife crime, told reporters it may be the world’s first monkey abduction.