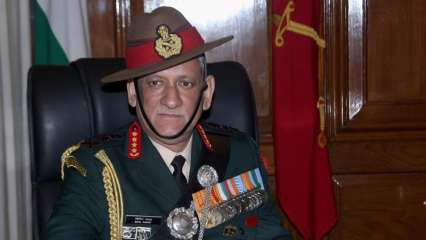 The Chief of the Defense Staff (CDS), General Bipin Rawat, said China is capable of cyberattacks against India and a mechanism is being prepared to combat such an initiative.

In his speech to the Vivekananda International Foundation on Wednesday, Rawat said India’s leaders have shown political will and determination to maintain vital national interests in the face of the “ unprovoked attack ” on security. and the dignity of the country. His remarks are placed in the context of the stalemate with China in eastern Ladakh.

Rawat said China had the advantage in the first place as India was slow to adopt cyber warfare capabilities, which led to loopholes.

In response to a question, CDS said the biggest gaps between India and China are in the cyber sector. In addition, he said that the neighboring country has invested heavily in new technologies. General Rawat said that in recent years the gap between the two countries’ capabilities has widened and that in the field of technology, China has become a “pioneer” on India. He said, “We know that China is capable of a cyber attack against us and it can destroy our system in a big way. We are trying to create a system that will provide cyber defense.”

He said the country faces various security threats and challenges ranging from indirect warfare to conventional “hybrid” and non-contact warfare. General Rawat added that India must develop the capacities to face these challenges vigorously and without creating insecurity among its friends.

“What we’re trying to do is create a system that will provide cyber defense. We have been able to create a cyber-agency within the armed forces and each service also has its own cyber-agency, so that even if we suffer a cyberattack, the downtime of the attack does not last long ”, Rawat said.

In his speech, he also mentioned the development of the Indian army and said that the country should avoid looking to the western world for security solutions and instead tell the world that it has come and with the vast experience from India in dealing with various challenges.