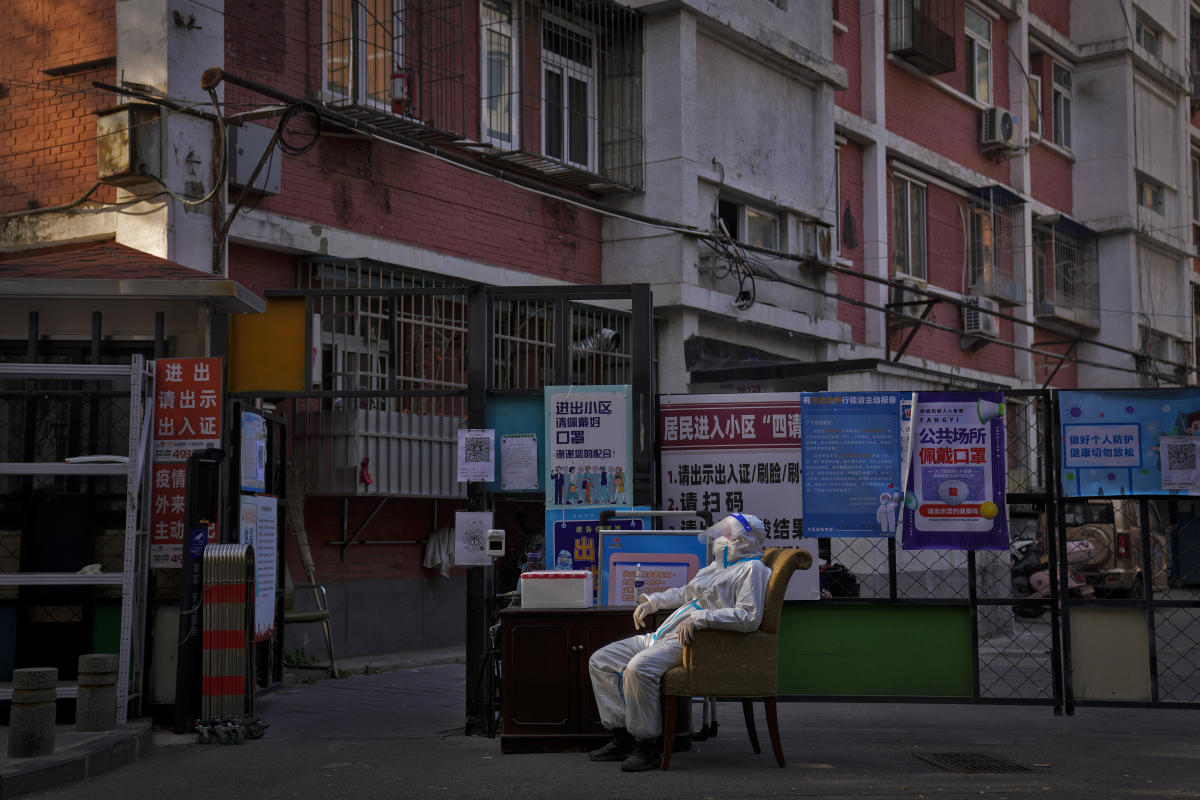 BEIJING (TBEN) — China is extending lockdowns, including in a central city where factory workers clashed with police this week as the number of COVID-19 cases hit a daily record.

People in eight districts of Zhengzhou with a total population of 6.6 million were told to stay at home for five days from Thursday except to buy food or receive medical treatment. Daily mass testing was ordered in what the city government called a “war of annihilation” against the virus.

In clashes on Tuesday and Wednesday, Zhengzhou police beat up workers protesting a wage dispute at Apple’s largest iPhone factory.

Across China, the number of new cases reported in the past 24 hours stood at 31,444, the National Health Commission said Thursday. That is the highest daily figure since the coronavirus was first discovered in the central Chinese city of Wuhan at the end of 2019.

While the number of cases and deaths is relatively low compared to the US and other countries, China’s ruling Communist Party remains committed to its “zero-COVID” strategy that aims to isolate each case and eliminate the virus completely, while other governments are ending the anti-virus program. monitors and relies on vaccinations and immunity against past infections to prevent deaths and serious illnesses.

Businesses and residential communities from the manufacturing center of Guangzhou in the south to Beijing in the north have also been placed under various forms of lockdown, measures that mainly affect migrant workers. In many cases, residents say the restrictions go beyond what the national government allows.

Guangzhou on Monday suspended access to its Baiyun district of 3.7 million, while residents of some parts of Shijiazhuang, a city of 11 million southwest of Beijing, were told to stay home while mass testing is carried out.

The tightening came after the communist party announced measures this month to mitigate disruptions by shortening quarantines and making other changes.

The party is trying to contain the latest wave of outbreaks without closing factories and the rest of its economy as early as 2020. Its tactics include “closed-loop management,” where workers live in their factories without outside contact.

Economic growth recovered to 3.9% year-on-year in the three months ending September, up from 2.2% in the first half of the year. But activity has already started to slow down and growth for the year is on track to fall far short of the government’s target of 5.5%.

Foxconn, the world’s largest contract repairer of smartphones and other electronics, is struggling to fulfill orders for the iPhone 14 after thousands of workers left its Zhengzhou factory last month over complaints of unsafe working conditions.

Foxconn, based in Taiwan, said its contractual obligation about payments has “always been met”.

The company denied what it said were online comments that workers with the virus were living in dormitories at the Zhengzhou factory. It said facilities were disinfected and checked by the government before workers moved in.

The ballet world entered a new Cold War in 2022