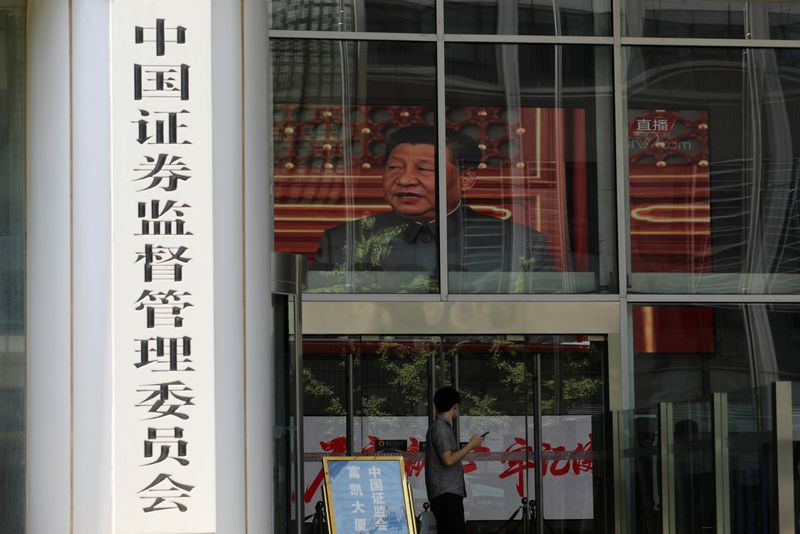 BEIJING (Reuters) – China’s market regulator on Tuesday proposed amendments to an unfair competition law, which would impose fines of up to 5% of a company’s annual turnover to penalize such practices by internet companies.

The changes, which are open to public comment until Dec. 22, are part of a two-year crackdown on former free-running giant internet companies, which China has punished for activities ranging from monopolistic behavior to consumer exploitation.

Operators should not use data, algorithms, technology or capital advantages to engage in unfair competition, the State Administration for Market Regulation (SAMR) said in a revised draft of the measures.

To protect consumers, operators should not use algorithms to give users “unreasonably different treatment or unreasonable restrictions” by analyzing user preferences and their trading habits, it added.

Another new rule, in the third set of legislative changes since its adoption in 1993, prevents a company in an advantageous position from forcing a counterparty to enter into exclusive agreements.

Such companies are also not allowed to block external links or services from their platforms without reason, according to the regulator.

The authorities are particularly concerned about the “disorderly expansion” of online platforms, which they accuse of exploiting capital advantages, and have vowed to “perfect” the legal rules against unfair competition.