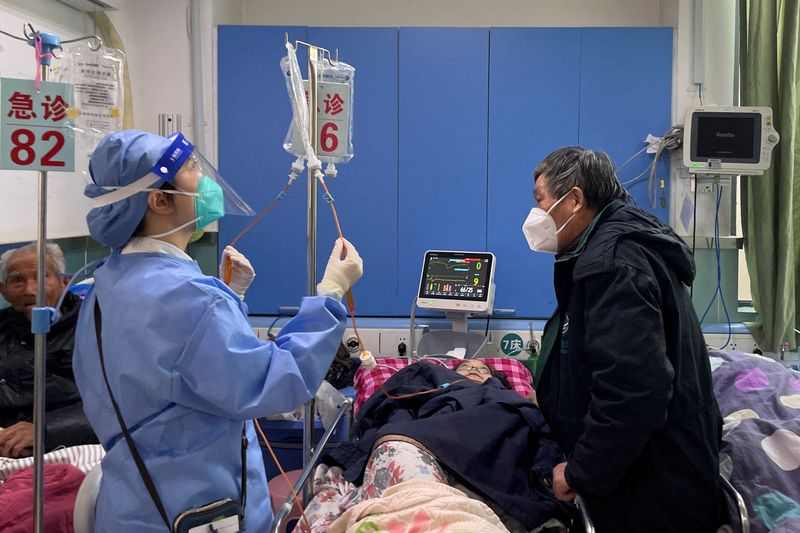 GENEVA (Reuters) – According to a weekly report released by the World Health Organization on Thursday, China reported a major increase in hospitalizations from COVID-19 in the week through January 15, to the highest level since the start of the pandemic.

However, the WHO said it was awaiting “detailed provincial data broken down by week of reporting” on nearly 60,000 additional COVID-related hospital deaths reported by China last week and did not include them in the tally.

ALSO READ  Schiff: Trump, House GOP who voted not to certify 2020 election are 'main threat to our country'

The number of people hospitalized with the disease in China has risen 70% to 63,307 compared to the previous week, according to the WHO report based on data submitted by Beijing. This is the highest weekly figure China has reported since COVID-19 first emerged more than three years ago.

In early December, Beijing abruptly dismantled its strict three-year anti-virus regime of frequent testing, travel restrictions and mass lockdowns after widespread protests in late November, and cases have since risen to 1.4 billion across the country.

ALSO READ  'We are our own worst enemy!': LeBron James accused of blaming black people for Tire Nichols' death

The WHO and others have said China has underreported the magnitude of the outbreak and has repeatedly called for more detailed data, including on deaths, excess mortality and genetic sequences.

The Bharat Express News - February 5, 2023 0
India will block 232 apps, some with links to China, that offer gambling and loan services in the South Asian market to prevent misuse...