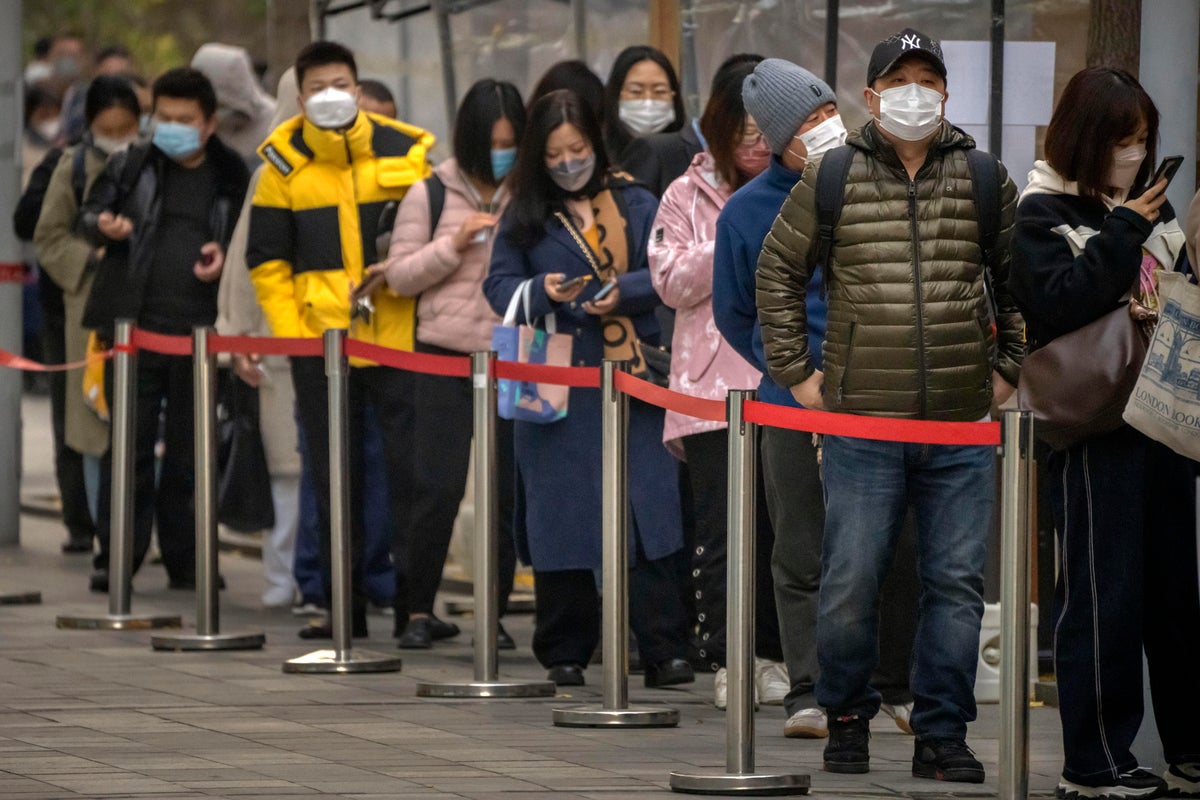 Performances at one of Beijing’s oldest and most renowned theaters have been suspended as part of a new wave of store and restaurant closures in response to a spike in COVID-19 cases in the Chinese capital.

The Jixiang Theater in downtown Wangfujing shopping area was originally built in 1906 and recently moved to its current location on the 8th floor of a shopping center that also houses shops and a fast food restaurant. It is famous for performances of Beijing opera and other traditional art forms.

Performances were supposed to resume on November 27, but such reopening dates have often been extended.

China reported 24,263 new cases on Saturday, 515 of them in Beijing. The vast majority were asymptomatic.

Despite this, lockdowns and other strict control measures have been introduced across the country, with many Beijing residents sending messages advising them not to leave their homes unless absolutely necessary.

Restaurants, malls and stores deemed non-essential have been closed and foot traffic in those stores that are still open has been greatly reduced. Detection of a single case or even close contact of an infected person can force the closure of an entire office building or apartment building.

Access to Beijing’s elite Peking University was suspended on Wednesday. People who visited a vegetable market in the southeast of the city where a case was found were quarantined in a hotel at their own expense.

The southern metropolis of Guangzhou plans to build quarantine facilities for nearly 250,000 people. Guangzhou, a city of 13 million people, is the largest of a series of hotspots across China with outbreaks since early October.

China’s infection rate is low compared to the United States and other major countries, but the ruling Communist Party is trying to isolate each case under its “zero COVID” policy.

Repeated closures of neighborhoods, schools and businesses are fueling public frustration and clashes with healthcare workers.

ALSO READ  How subway strikes are slowing Britain's recovery - and speeding up the arrival of driverless trains?

The policy is also wreaking havoc on the economy and global supply chains. Access to an industrial area in Zhengzhou, home to the world’s largest iPhone factory, was suspended this month after outbreaks. Apple Inc. said deliveries of its new iPhone 14 model would be delayed after workers fled. Local authorities have reportedly called for low-level party officials and even military recruits to fill their places.

The harsh measures come as the national government tries to mitigate the impact of the anti-disease controls that have locked millions of people into homes, leading to mixed messages and adding to confusion and anger.

The Bharat Express News - December 2, 2022 0
CHICAGO(TBEN)-- A UPS semi-truck drove off a bridge on the Indiana Toll Road and caught fire before falling into the...