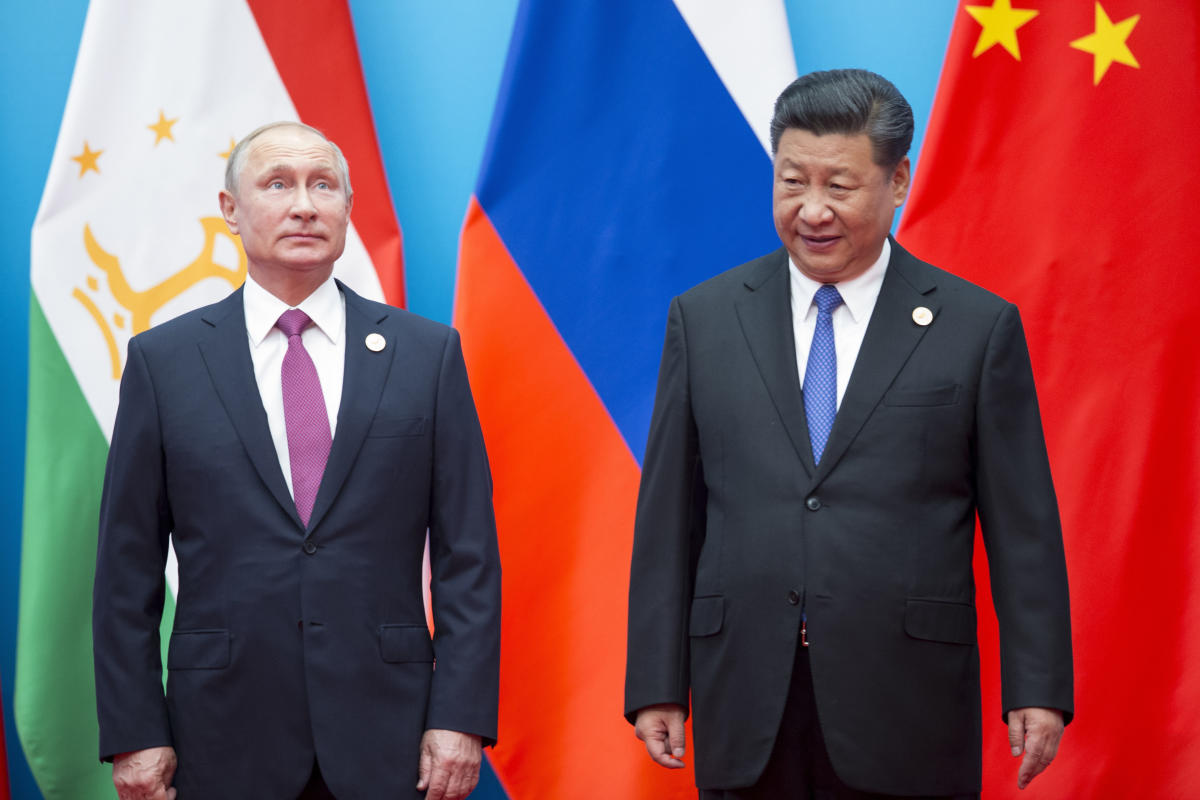 BEIJING (TBEN) — President Xi Jinping is using his first foreign trip since the start of the pandemic to promote China’s strategic ambitions at a summit with Russia’s Vladimir Putin and other leaders of a Central Asian security group.

The Chinese leader is promoting a “Global Security Initiative” announced in April following the formation of the Quad by Washington, Japan, Australia and India in response to Beijing’s more assertive foreign policy. Xi has provided few details, but US officials complain that it presents Russian arguments in support of Moscow’s attack on Ukraine.

Xi, 69, will meet Putin this week in Uzbekistan at a summit of the eight-member Shanghai Cooperation Organization, which also includes Uzbekistan, India and Pakistan.

“China and Russia share the same stance in opposing the Western practice of imposing sanctions and overthrowing other countries’ regimes,” said Li Xin, director of the Institute of European and Asian Studies at Shanghai University of Political Science and Law.

Xi’s journey at a time when his government is urging the Chinese public to avoid foreign travel as part of its “zero COVID” strategy highlights the importance to the ruling Communist Party of confirm China’s role as a regional leader.

The summit will take Xi abroad as the party prepares for an October congress where he is expected to break with political tradition and seek to grant himself a third five-year term as leader.

That suggests that Xi, China’s most powerful leader since at least the 1980s, is convinced he doesn’t need to stay home to make political deals. It could also help advance his position with nationalists in the ruling party.

Xi’s government has refused to criticize Putin’s attack on Ukraine. It accuses the United States of provoking the conflict.

Xi has participated in other global meetings via video link. His only trip outside mainland China since early 2020 was a one-day visit to Hong Kong to mark the 25th anniversary of the end of British colonial rule.

Other SCO governments include Kazakhstan, Kyrgyzstan and Tajikistan. Iran and Afghanistan are observers.

“The Shanghai Cooperation Organization is attracting more countries with a new principle that is completely different from the West in dealing with relations between nations,” Li said.

China sees the group, founded under Xi’s predecessor, Hu Jintao, as a counterweight to US alliances in East Asia and the Indian Ocean. Beijing has participated in multi-government military exercises, demonstrating its rapidly developing armed forces.

Relations with Washington, Europe, Japan and India are becoming increasingly tense over complaints about trade, technology, security, Taiwan, Hong Kong, human rights and territorial conflicts at sea and in the Himalayas.

The meeting with Xi is a boost for Putin, who has been isolated after his invasion of Ukraine.

Xi stated that the two governments had a “boundless” friendship when the Russian leader attended the Beijing Winter Olympics ahead of the February 24 attack.

In April, Xi said the “Global Security Initiative” was intended to “maintain the principle of indivisibility of security” and “oppose building national security based on insecurity in other countries.”

Despite the lackluster language, US officials and Asian security analysts see Xi’s initiative as a tactic by China, with the world’s second-largest military after the United States, to dominate the region.

A State Department spokesman Ned Price said in April it appeared to be “some of what we’ve heard from the Kremlin” as justification for the attack on Ukraine.

“This is a blatant attempt to pursue Asian hegemony through China,” Rajeswari Pillai Rajagopalan of the Observer Research Foundation, an Indian think tank, wrote in The Diplomat. It is “designed to advance China’s interests in its major competition for power with the United States.”

At a meeting in July, Foreign Minister Wang Yi told his Russian counterpart Sergei Lavrov that China would strengthen “strategic communications” with Moscow on international security, according to a statement from China’s foreign ministry.

That will “show the fundamental momentum of the comprehensive strategic partnership between China and Russia” and “practice true multilateralism,” the ministry said.

‘Exploring Indian cough syrup’: WHO after 66 children die in Gambia