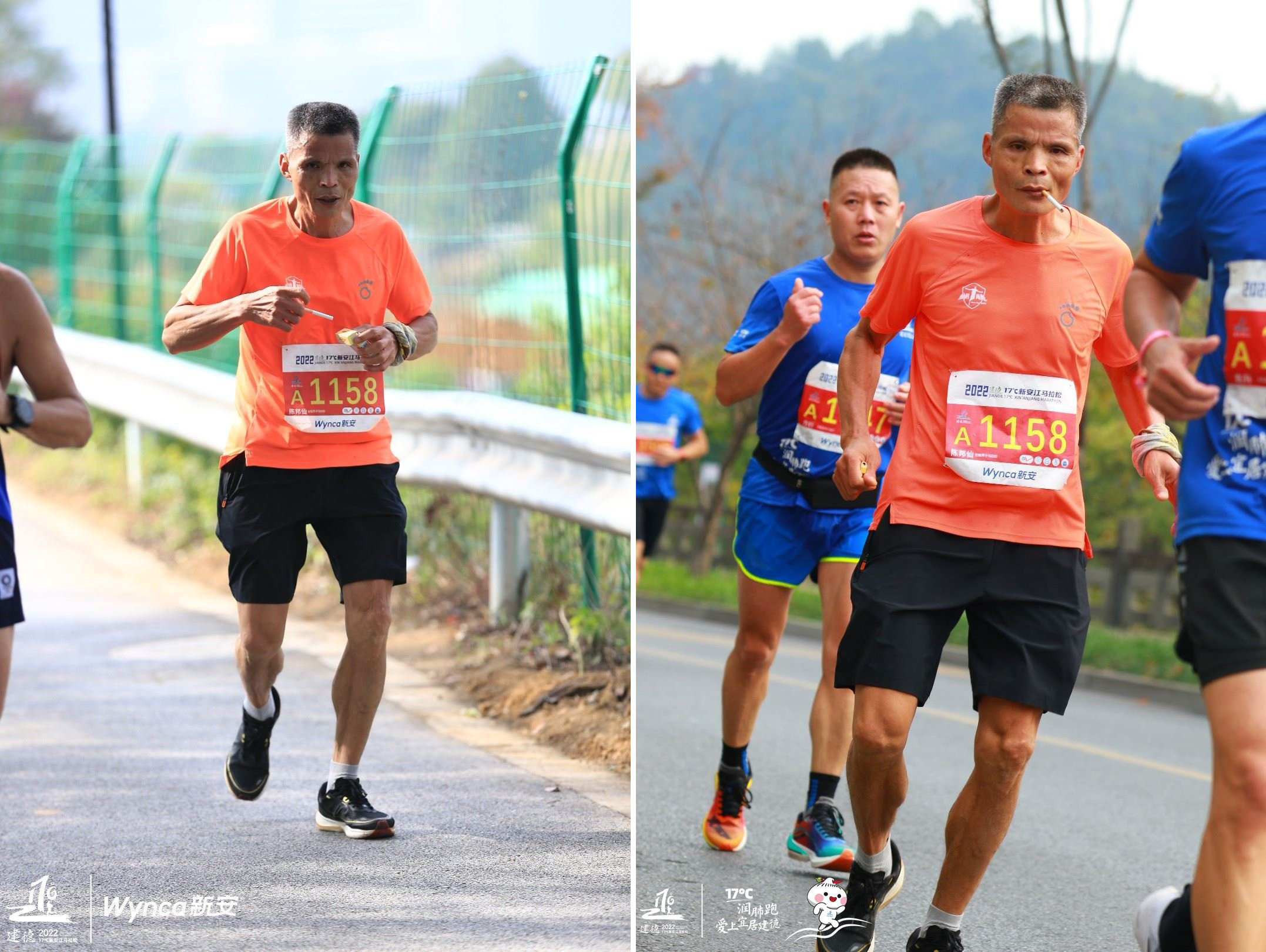 A man in China has caught the attention of the running world by completing a marathon in less than three and a half hours, all while smoking.

Photos of the 50-year-old runner hit Weibo showing him lighting up a cigarette midway through a stride, before puffing away while completing the 42.195km Xin’anjiang Marathon on Nov. 6.

According to his final certificate, which was also posted on Weibo by the organizers of the marathon, the man – known as Uncle Chen – finished with a timing of 03:28:45, placing 574th out of nearly 1,500 runners.

ALSO READ  Man and his girlfriend argue over mutual friend's new girlfriend, she then accuses him of being a "below man" - Singapore News

During his performance at the 2022 Xin’anjiang Marathon, Chen is said to have run at a pace of 4:56 minutes per kilometer.

To put Chen’s achievement in perspective, a “good” marathon time for men was listed as 03:34:56 by Running level — who derived this number by calculating average marathon finish times for men of all ages.

More attention to Chen’s peers, Running level wrote that the average time for an advanced runner (a racer faster than 80 percent of runners) at age 50 was 03:31:30.

ALSO READ  S'pore actor Xu Bin has not hung pictures at home, but keeps a huge portrait hidden behind a curtain

Only smokes while running

It’s not the first time Chen has received attention for his nicotine-related habits.

Canadian running magazine reported that he was seen at the 2018 Guangzhou Marathon and 2019 Xiamen Marathon; he clocked times of 3:36 and 3:32 respectively in those races.

In fact, according to Runner’s Worldlocal media in China have reported that Chen only smokes while running.

The 50-year-old also appears to be an ultramarathon with online records that would show Chen had run two such races in 2019 – one 50km and the other 12 hours.

Imagine what he could accomplish if he quit smoking, which has been proven to negatively affect athletic performance.

Jetstar will operate at Changi Airport T4 from March 22, 2023