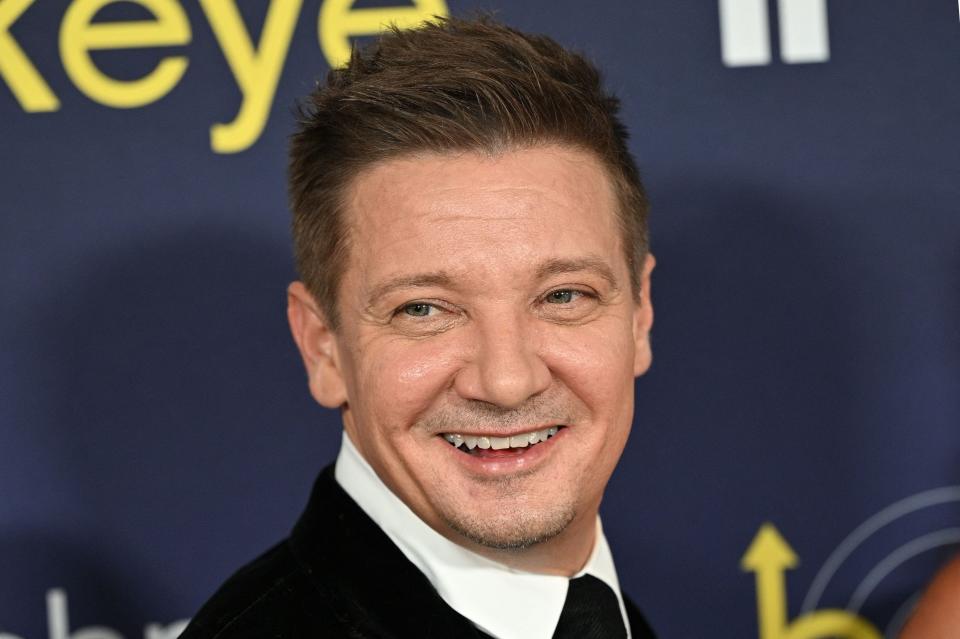 Jeremy Renner is sharing another health update with his followers now that he is home from a snow plow accident that resulted in blunt chest trauma and orthopedic injuries.

The “Mayor of Kingstown” actor posted a photo to Instagram on Saturday of him practicing physiotherapy exercises from bed, revealing that the orthopedic injuries included more than 30 broken bones.

“Morning workouts, New Year’s resolutions all changed this particular New Year,” Renner wrote. “Much love and appreciation to all of you. These 30+ broken bones will heal, grow stronger, just as the love and bond with family and friends deepens.”

Renner shared the same photo on Twitter, which was commented on – and teased – by actor Chris Evans.

“That’s a tough mf’er. Has anyone ever checked the snowcat???” Evans wrote alongside Renner’s update. “Sending so much love.”

Renner took the comment to heart. “I love you brother… I checked the snowcat, she needs fuel,” he wrote back.

According to Reno Mayor Hillary Schieve according to the Reno Gazette Journal, Renner got out of his snow plow, which weighs more than 14,000 pounds, on the side of a snowy mountain in Nevada to help a stranded relative who had been driving one of Renner’s cars and was stuck . According to Washoe County Sheriff Darin Balaam, after towing the vehicle containing his snowcat, Renner got out to talk to the family member, when his snowcat started rolling, Balaam said.

‘He cares about everyone’: Jeremy Renner sent co-star a funny, “profane” video after an accident

He added that Renner was run over by the snowcat while trying to get back into the driver’s seat.

The actor was taken from Reno, Nevada and flown to a hospital where he was in critical condition in intensive care. The Oscar-nominated actor underwent surgery for some of his injuries.

Renner updated the public on his progress on Instagram on Jan. 3 with a photo of his bruised face in the hospital bed.

More: Jeremy Renner undergoes surgery after a snow plow accident and is in critical but stable condition

“Thank you all for your kind words. 🙏. I’m too confused to type right now. But I’m sending you all love,” he wrote.

Hugh Dillon, the co-creator of Renner’s Paramount+ crime drama “Mayor of Kingstown” and also a co-star on the series, told USA TODAY he was terrified of his friend after learning about the accident, but it wasn’t long before Renner his fears allayed.

“I wanted to fly out to see him,” Dillon said. “And then I get a video and it’s just funny and blasphemous.”

Dillon became emotional, describing the period of a day after learning about the accident before hearing from Renner himself.

“I know what a fighter he is and how unstoppable he is. And then hearing about the accident, my head is hanging and I’m just at the lowest point,” Dillon said. But then “25 hours later I have tears in my eyes laughing at his video of him swearing at me in a hospital.”