The Bharat Express News
Home Entertainment World Entertainment Chrissy Teigen reveals she had an abortion to ‘save my life for...
Facebook
Twitter
Pinterest
WhatsApp
Email
Telegram 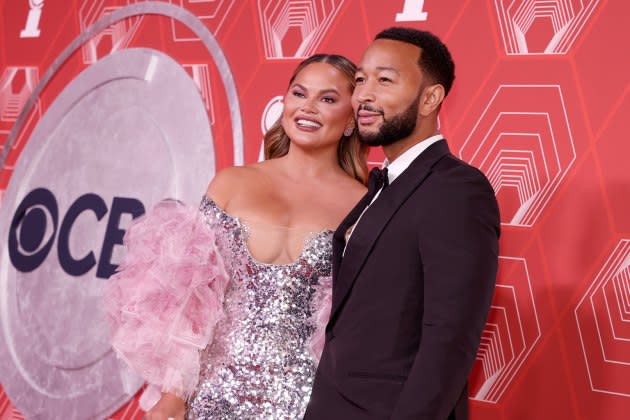 Chrissy Teigen confessed on Thursday that the miscarriage she said two years ago was actually an abortion — which came as a surprise to her.

Teigen and husband John Legend had revealed that they lost their son Jack at 20 weeks in September 2020 due to a pregnancy complication. Then they said it was a miscarriage.

“Two years ago, when I was pregnant with Jack, John and my third child, I had to make many difficult and heartbreaking decisions. Halfway through, it became very clear that he would not survive, and neither would I without medical intervention,” she said.

Teigen, who shares Luna (6) and Miles (4) with Legend and is currently pregnant, noted that she received great medical care and loving friends and family who supported her. She was also grateful to strangers who showed their support after the couple made the news public.

She went on, discussing her miscarriage, before stopping. “Let’s just call it what it was: it was an abortion,” the star said. “An abortion to save my life for a baby who had absolutely no chance. And to be honest, I never, ever put that together, until a few months ago actually.”

Teigen said she came to the realization after the Supreme Court overturned Roe v. Wade earlier this summer. She told Legend that she felt sympathy for people who have had an abortion and the circumstances they had to go through and the emotional decision “they” had to make, when Legend made her realize that she was, in fact, one of those people.

Teigen did a talk called “We Made That Choice”. The event-only event — produced in collaboration with culture change agency Invisible Hand, featuring The Hollywood Reporter as a media partner — took place at The Wallis Annenberg Center for the Performing Arts in Beverly Hills, where an entire day was programmed to unite television writers, producers and executives with cultural change agents.

Kirsten Chuba contributed to this report.

Constance Wu reveals she was sexually assaulted in her 20s

Kelly Ripa gets candid about long-standing Regis Philbin rumors: ‘I make no illusions that there was this friendship’