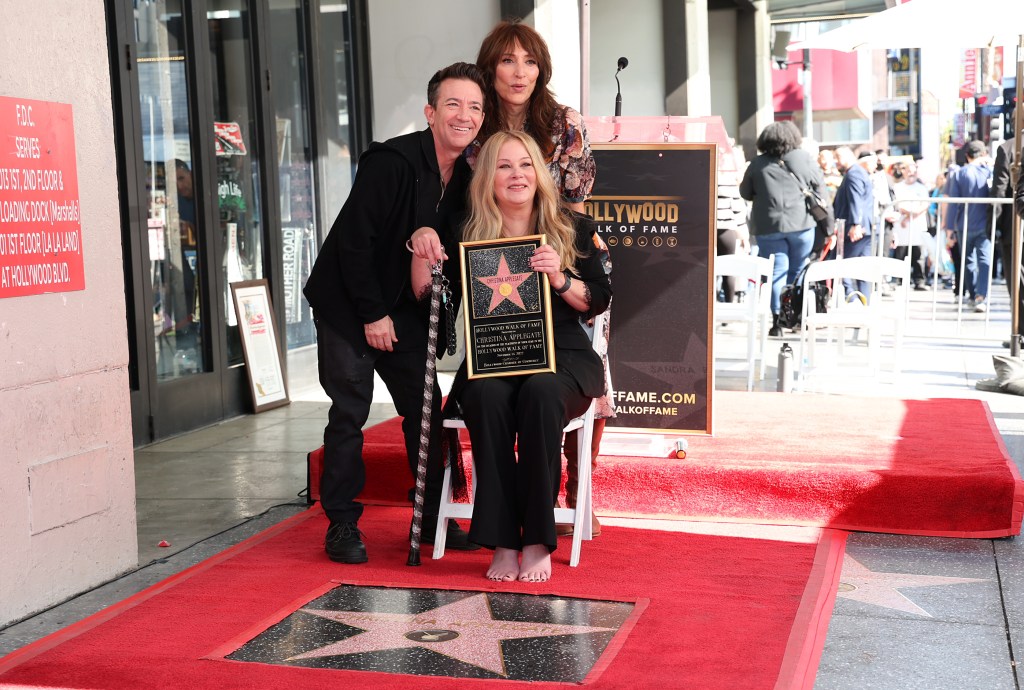 Christina Applegate said this week she is “nervous” about attending her first awards show since 2019 and since being diagnosed with multiple sclerosis in 2021.

“So this Sunday is the first awards show I’ve been to since 2019. And the first since MS. NERVOUS! But thankful to the @CriticsChoice for including me,” Applegate tweeted Thursday.

She is nominated for her role as Jen Harding in ‘Dead to Me’.

The actress is also nominated for Best Actress at the Screen Actors Guild Awards in February.

“Thanks @SAGawards for this nomination today!” she wrote Wednesday. “I have been a proud member of this union since 1975. I’ve had an incredibly difficult year and today I had to smile. Much love to my peers and to my dear Jean Smart and the other incredible ladies I walk beside.”

This is her third nomination for “Dead to Me” at the Critics Choice Awards.

Last November, Applegate received her star on the Hollywood Walk of Fame. Before the ceremony, she had teased that she was trying to choose between several “fancy” canes to use at the ceremony, which she said was her first major event since her diagnosis.

“Walking sticks are now part of my new normal,” Applegate wrote at the time. Accepting her barefoot star, she tweeted, “For some with MS, the feeling of shoes can hurt or throw us off balance. So today I was myself. Barefoot.”

Applegate was diagnosed while filming the final season of “Dead to Me,” but after a five-month break in which she received treatment, she returned and finished the show.

She said the cast and crew were extremely supportive.

“When I called them in the morning and said, ‘Guys, I can’t go down the stairs,’ they said, ‘OK! We’re not doing that today. We’ll do other things,'” Applegate told Kelly Clarkson last year. “Netflix even let us take a break for a few months so I could grieve and find treatment.”

The ‘Bad Moms’ actress also battled breast cancer in 2008 and underwent a double mastectomy, in which her ovaries and fallopian tubes were removed.