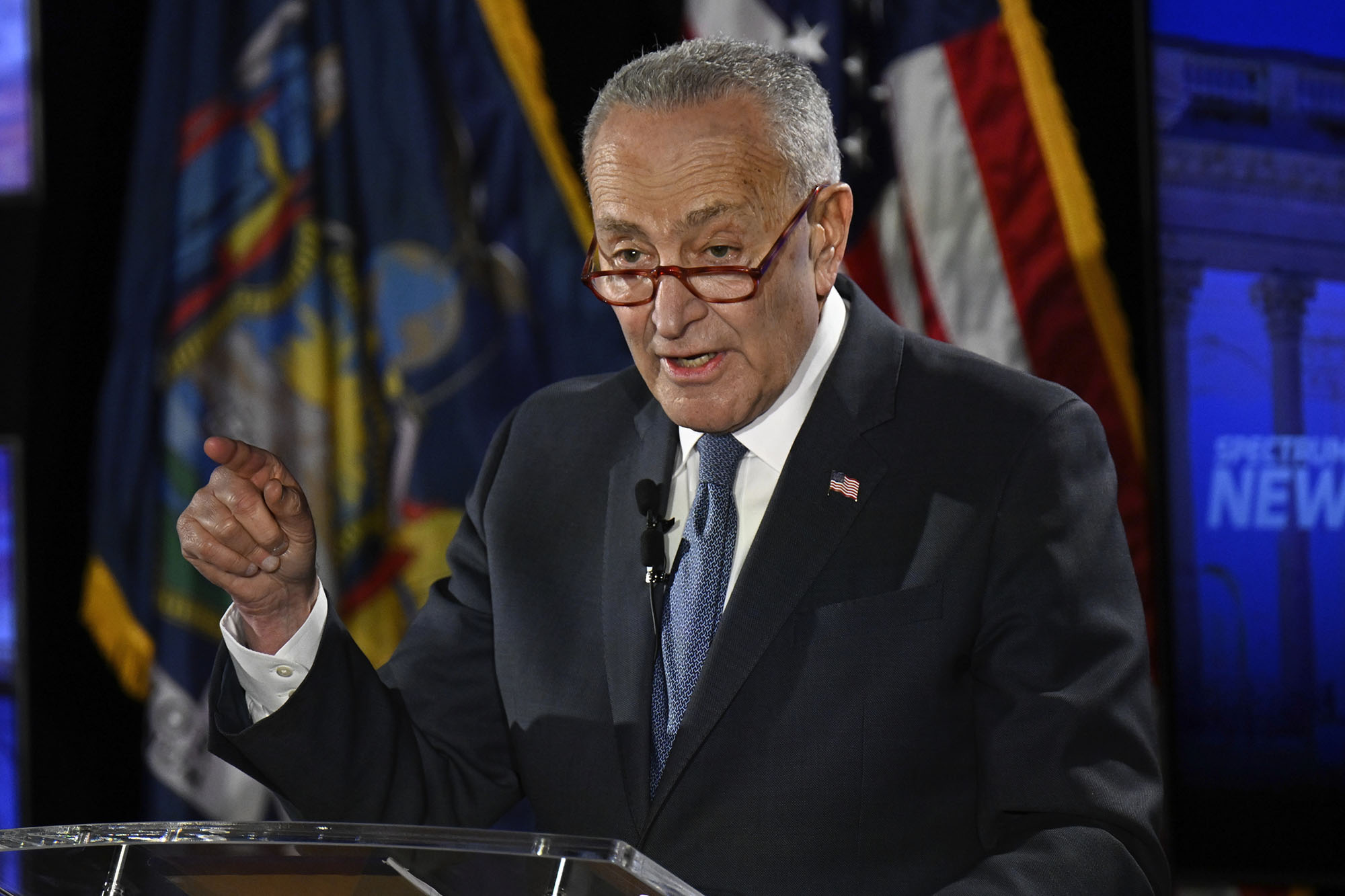 The Brooklyn Democrat was first elected to the Senate in 1998 and became majority leader after the 2020 election.

Moynihan served four terms in the chamber after being first elected in 1976. He retired in 2000 and died three years later.

Whether Schumer will continue as majority leader remained unclear on Tuesday, as several contests have yet to be resolved and it was too early to determine which party would have a majority in the Senate.

Democrats have held the nominal majority in the 50-50 Senate for the past two years because of Vice President Kamala Harris’ ability to break the tie.

In their lone debate last month, Pinion blamed Schumer for fueling political violence and being part of a democratic regime that had allowed inflation and immigration to spiral out of control.

“You bring the bacon home, of course, but many people’s bellies are empty,” Pinion said during the debate at Union College in Schenectady.

Schumer emphasized his efforts to drive the president’s domestic agenda through the Senate, including the Inflation Reduction Act and the CHIPS and Science Act.

“I have been more productive as a senator and as a majority leader than anyone,” he said.