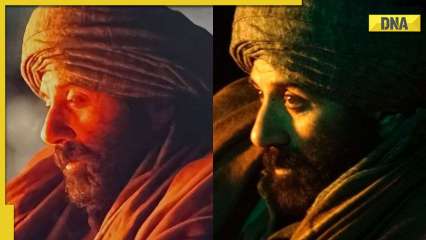 Chup star Sunny Deol is excited and confident about his highly anticipated film Gadar 2. While Sunny was promoting R Balki’s upcoming action thriller with Dulquer Salmaan, Sunny shared his thoughts on the sequel to the 2001 film with Pinkvilla. At first, Deol admitted that bringing a sequel after the two-decade gap is a difficult task. “It was a tough job to start with, but I think people want me to just tear things apart,” Sunny laughed.

Deol further stated that he is quite confident about Gadar 2 “I have a lot of faith in the film. Whoever I meet wants to see something and we give it to them in Gadar.” Sunny gave an important hint about the release of Gadar 2 by stating that they will resume shooting in October and finish it in December. “It will be released in early 2023,” Sunny added.

The Tridev star further added that before Gadar 2 hits theaters, the producers need to release the prequel in theaters to a new audience. “I think they need to bring that back to the big screen so today’s generation can see the film and judge for themselves what it was.” Dulquer is also one of Deol’s admirers, and he likes Gadar. So upon hearing Sunny’s thoughts, the Sita Ramam actor nodded and said, “After Chup, they should visit Gadar again.”

In 2016, Sunny released a sequel to his 1990 cult hit Ghayal, titled Ghayal Once Again. The film was released with little anticipation and failed to recreate a similar euphoria. Now even Deol agrees that people are screwing up the sequels. “We’re screwing things up while doing part two. If the writing is good, we should make part two, but we shouldn’t just make it for fun,” Sunny concluded. Chup hits theaters on September 23.

Brahmastra: Ayan Mukerji Reveals Why He Didn’t Show Dev’s Face In The Last Scene, Says ‘We Would End…’