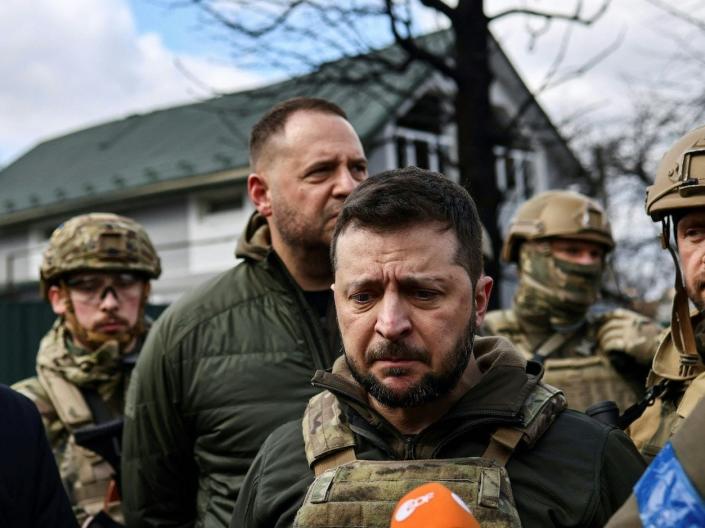 CIA Director Bill Burns met with Ukrainian President Volodymyr Zelenskyy on a secret trip to Kiev ahead of last year’s Russian invasion to share news that seemed to surprise the Ukrainian leader: the Russians were planning to kill him.

At the time, in January 2022, Zelenskyy had dismissed the idea of ​​Russians launching an unprovoked invasion of Ukraine and suggested America’s public warnings were causing a “panic,” noted Chris Whipple in his forthcoming book, “The Fight of His Life: Inside Joe Biden’s White House.”

It was unusual for the US to make this kind of information public, suggesting that Washington was confident in its assessment of Russia’s intentions. But just weeks before Russia invaded, Zelensky expressed concern that such warnings would have a negative impact on Ukraine’s economy — and emphasized that Kiev was used to threats from Russia.

“Burns had come to give him a reality check” and the CIA director shared that Russian Special Forces would come for Zelensky, Whipple writes, adding that President Joe Biden had told Burns to “share precise details of the Russian plots “.

“This immediately caught Zelensky’s attention; he was surprised, sobered by this news,” Whipple wrote in the book, due out Jan. 17.

Russia invaded Ukraine the following month, unleashing the largest military conflict in Europe since World War II. Since then, Ukrainian officials have spoken of Zelenskyy surviving more than a dozen Russian assassination attempts. But Whipple, who interviewed Burns, gives readers a glimpse of how the stakes were explained to Zelenskyy as he tried to push back American warnings of an imminent invasion.

“Intelligence was detailed enough that it would help Zelensky’s security forces thwart two separate Russian attempts on his life,” he wrote.

ALSO READ  Leaders are meant to keep state secrets. Just not at home.

As previously reported, during that visit to Zelenskyy’s office, Burns also shared a “blueprint of Putin’s invasion plan” to help him prepare. Whipple wrote. He previewed Russian plans to attack Antonov Airport north of Kiev and use it as a staging area for an attack on Kiev.

Whipple wrote that most of the interviews for his book were about “deep background,” meaning he could use the information, but he agreed not to cite sources directly without permission.

The US has been a key partner for Ukraine during the unprovoked invasion of Russia, which began in February 2022. Kiev has received billions of dollars in security assistance from Washington since the start of the war, and the US has continued to provide Ukraine with vital intelligence to help his country. troops on the battlefield.