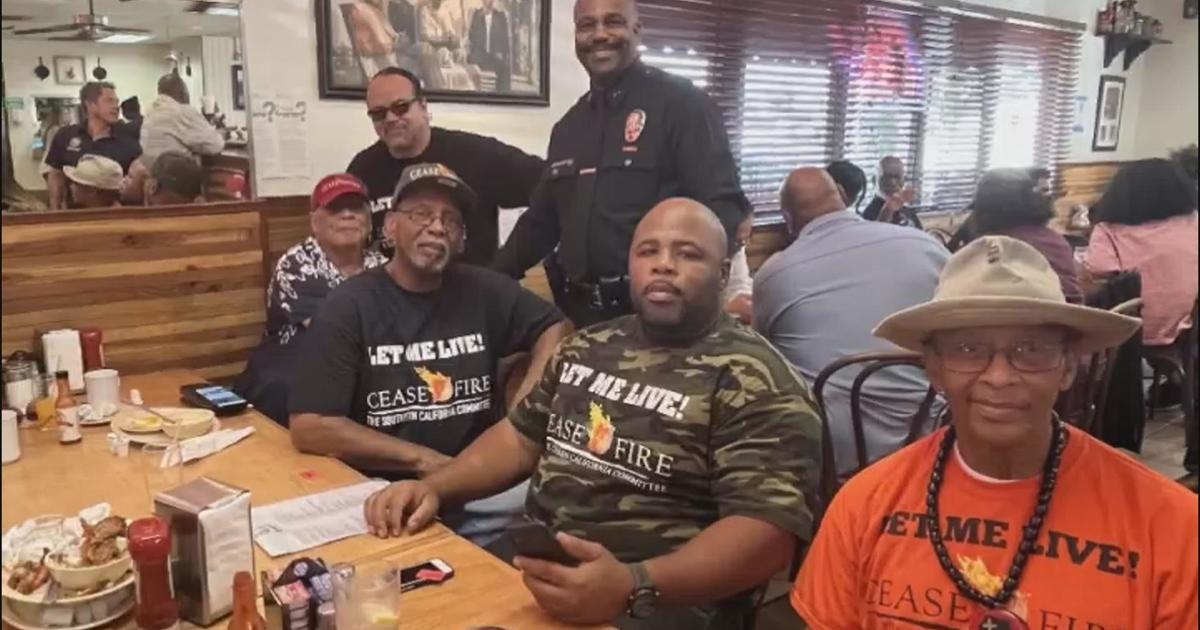 A shrine of flowers and candles still stands in the parking lot of Roscoe’s House of Chicken and Waffles on Macchester Avenue and Main Street, where rapper PnB Rock was shot.

While the pain of his loss is still fresh, Roscoe’s Thursday focus was on reassuring the community. Known for its beloved soul food, the iconic restaurant remains a safe gathering place for families.

“We’re disgusted by it and we wanted to show that we’re not going to stand for it,” said Councilman Marqueece Harris-Dawson. “We want to say we’re going to Roscoe’s. Roscoe’s is our neighborhood restaurant, it’s our community institution.”

ALSO READ  Are we all potential killers? Not according to a criminologist

Dawson, other city leaders and community advocates stopped by to pray for the victim’s family and everyone affected by the Philadelphia rapper’s murder, and to show solidarity with the restaurant and its employees.

“I wanted to show their support that we’re still here,” said Ben “Taco” Owens, who works with the Southern California Ceasefire Committee. “We want to find ways and strategies to end violence in the community.”

The popular restaurant has been a fixture in the neighborhood for over 30 years. Customers said the senseless murder of PnB Rock will not tarnish the restaurant’s reputation as a place for family gatherings and countless memories.

“What we want this to be is a cry for help,” said Tim Kornegay, director of Live Free California. “While this is a tragedy, it is an opportunity to solve this, because this must never happen again.”

The rapper, whose real name is Rakim Allen, was gunned down on Monday after someone tried to steal his jewelry.

A restaurant spokesperson said it meant a lot to staff to see city leaders and community activists supporting the company and workers traumatized by what they saw.

“For the most part, staff got up this morning — and yesterday — and come to work,” spokesman Joseph Collins said. “We opened up and we got back to work. It’s normal business and that’s something to see when you have such a great staff like us.”

Customers hope the discussion now shifts to permanent solutions to end this type of violence.

“We have to prioritize our own safety and we have to love each other beyond the point where we want to hurt each other,” Kornegay said.

So far, the police have not arrested anyone in this case.