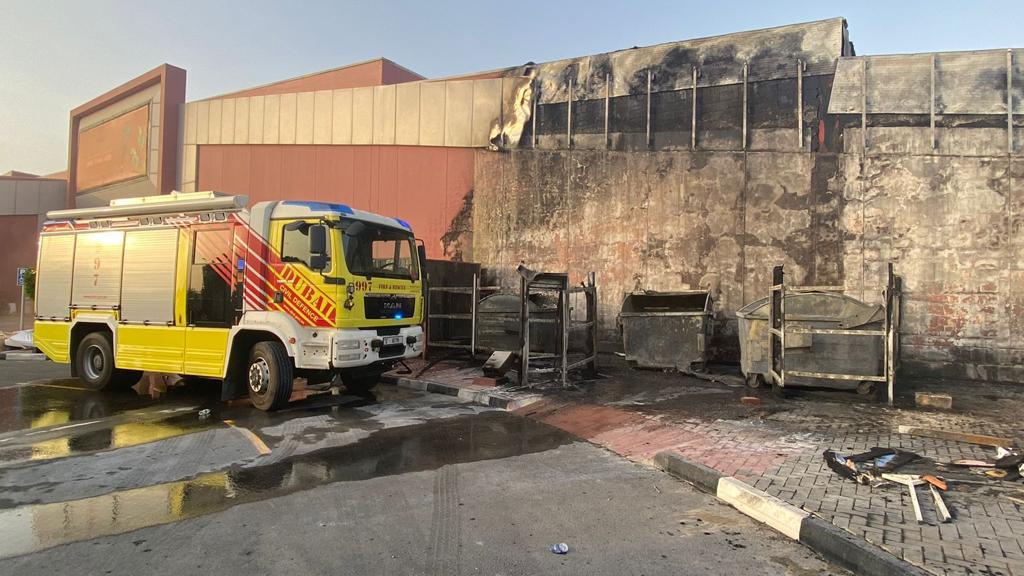 Dubai Civil Defense controlled a fire that broke out in cars and the outer wall of the Chinese market, without injuries or deaths, and the site was transferred to the competent authorities for investigation.

In detail, the General Directorate of Civil Defense in Dubai stated that the Operations Room received a report at 4.57 pm this evening, 07/31-2022, stating that an accident had occurred in the International City area (the Chinese market), and immediately the Rashidiya Fire Station was moved as a first responder and a competent authority, And upon arrival at 5.02 hrs, achieving a response time of about (5) minutes.

She explained that it was found that the accident occurred in the trash and three cars, and spread to the outer wall of the building, and accordingly the Nad Al Sheba fire station was moved for support.

And she continued, “At 5.15 pm, the field commander confirmed control of the accident, and the refrigeration operations began without any injuries or deaths, and then the site was transferred to the competent authorities to complete the investigation.

ALSO READ  Who is the new Emirati astronaut?