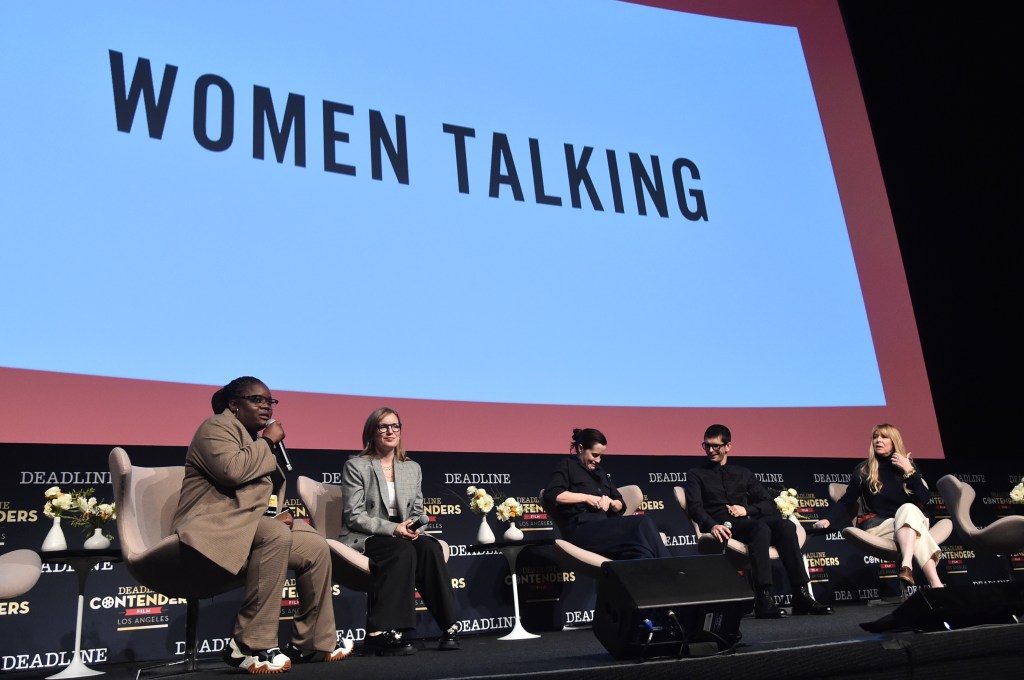 The foursome formed a panel for the photo Saturday at TBEN’s The Contenders Film: Los Angeles.

The film follows a group of women trapped in a cult-like religious community as they struggle to come together and find a way to survive while facing persistent sexual assaults from the men around them. Gardner described how Polley worked to protect the cast and crew while creating a safe arena for exploring such serious topics.

“We made a lot of choices from the start,” she says. “We made the decision that we would only shoot 10-hour days and everyone would be home to put their kids to bed. We had a great therapist who spoke to the cast and crew before shooting and during the shoot and was available any time. If there were kids on set, [Sarah] said, ‘As soon as one of you isn’t having a good time, raise your hand and we’ll stop and sort it out.’ There were just a lot of guardrails, which seemed very natural.”

Foy, who plays Salome, said the environment was unparalleled in her experience. “We were very tactile and willing to go deep quickly,” she said. “We had a lot of confidence. None of us could have performed like this if we didn’t know we were all there to support each other. … I’ve never done anything like this in my life, and I really hope every job is like that. And I know very painfully that it will not be so.

The film is already garnering awards, and Polley plans to be named Director of the Year at the upcoming Palm Springs International Film Festival. The award has become somewhat of an Oscar harbinger, with the past two winners coming from both Jane Campion and Chloé Zhao.

Women talk premiered at the Telluride Film Festival and is scheduled for a limited theatrical release in the US on December 2 through United Artists Releasing.

Check back Monday for the panel video.