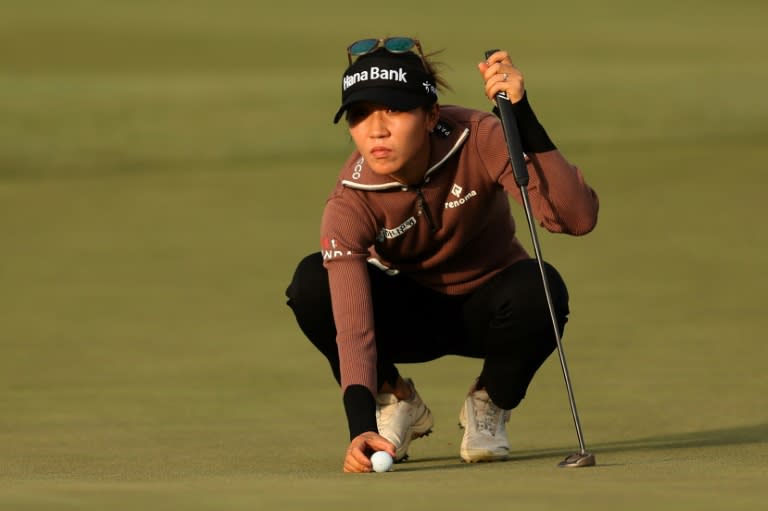 Lydia Ko produced an almost flawless round of golf to take a commanding five-stroke lead over the LPGA’s season-ending Tour Championship on Friday.

Looking confident and comfortable with both her long and short game despite windy conditions, the New Zealander shot a bogey-free six-under par 66 to reach 13-under for the tournament and led South Korea’s Kim Hyo- joo, who shot a 69.

The win would secure Ko the LPGA Player of the Year award, as well as the $2 million grand prize, the largest in women’s golf history.

The 60-player field at Tiburon Golf Club, with no cut, is vying for a total purse of $7 million.

That’s the kind of money that will help shield the LPGA from possible claims from the Saudi-backed LIV Golf Series should it consider venturing into women’s golf.

On Friday, the LPGA announced a 33-event schedule for 2023 with an all-time highest prize pool of $101.4 million and it’s star quality, like South Korean-born Ko, who will be vital to hopes of reaching the tour profile.

Ko rose to prominence in her years as a teenage sensation, but lost her form from 2018, not winning a tournament in three years, but she looks back on her best this season, having already won twice.

Even though her mother sometimes jokingly questions her progress, she feels she is back to her best, if not better.

“My mom sometimes jokes with me,” Ko said. “She said, ‘You played so much better when you were about 15.’

ALSO READ  When it comes to making big comebacks, Justin Rose has past experience

“I was like, ‘Thanks, Mom. Okay, what am I supposed to do with that information?’

“I don’t know any better. I do know that I have more experience now.”

Part of her development has been to handle setbacks better and play with a composure that she showed on Friday.

“I think I stayed very patient there. With the wind similar to Thursday’s, I knew it could be tricky,” she said.

“The goal for me is not to let one hole or one shot phase me.

“I’m really playing free now and that’s the key. I think when I’m playing free I’m not hesitant, I’m not trying to control the ball. I think it’s a little bit more stress free and better for me.

“Obviously when the nerves kick in that bit is a lot harder, but I think when I struggled I was too hesitant and tried to control the ball,” Ko added.

Japan’s Nasa Hataoka came into contention for the weekend, six behind Ko, but she undid her good work of three consecutive birdies on the back nine with bogeys on 15th and 16th, finishing with a five-under 67.

Hataoka is one of four players with six shots ahead, along with Sweden’s Anna Nordqvist, Scotland’s Gemma Dryburgh, South Korea’s Lee6 Jeong-eun and America’s Nelly Korda.

Report: QBE Shootout will be a mixed team event for LPGA and PGA Tours in 2023