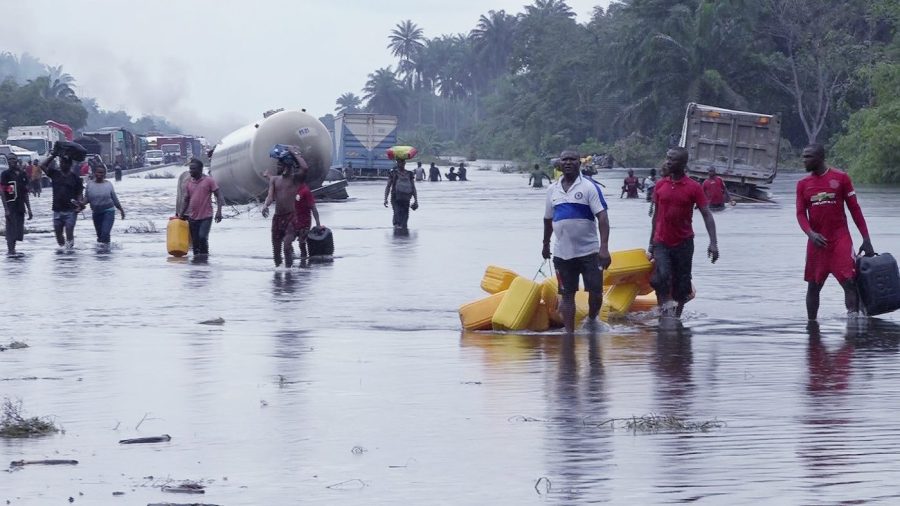 The United Nations’ climate conference COP27 has reached a tentative agreement on a “loss and damage fund” for countries on the frontlines of climate change after years of refusing to take on the issue.

The draft agreement would not be official until a broader COP27 agreement is ratified by the more than 200 participating countries in Egypt’s Sharm el-Sheikh, but it marks a major turnaround from recent years, when the wealthy countries that have made such an effort would fund, refused to consider the issue.

The draft text outlines a proposed fund that would be open to all developing countries “particularly vulnerable to the adverse effects of climate change”. The document provides few details about the fund’s financial model and logistics, but the preliminary agreement marks a major breakthrough for developing countries that have struggled to make their voices heard on the global stage on climate issues.

Countries in the global south and those on low-lying islands have long advocated the establishment of such a fund, which would pay for the irreversible damage caused by the effects of climate change with money from richer, developed countries.

While the US has long been at the forefront of opposition to the idea, US climate envoy John Kerry said earlier this year that the US was open to it. At the end of this week, European Union (EU) representatives tabled a proposal that Frans Timmermans, Executive Vice-President of the European Commission, described as the EU’s “final offer”. Timmermans said any agreement would depend on an updated definition of a “developing country”. China, currently the world’s largest single emitter, is considered a developing country under the 1992 United Nations Framework Convention on Climate Change.

Alpha Kaloga, chief negotiator for Guinea at the summit, described the agreement on Twitter as a “unique moment” after “30 years of patience”.

As conference negotiations run into overtime, a number of other controversial issues are also on the table, including an Indian-backed winding down of unabated fossil fuel development that the EU has supported, but which countries like Saudi Arabia are likely to oppose . The negotiation process hit another hurdle late on Friday when Kerry tested positive for COVID-19.

Pentagon chief: US faces crucial years in battle against China