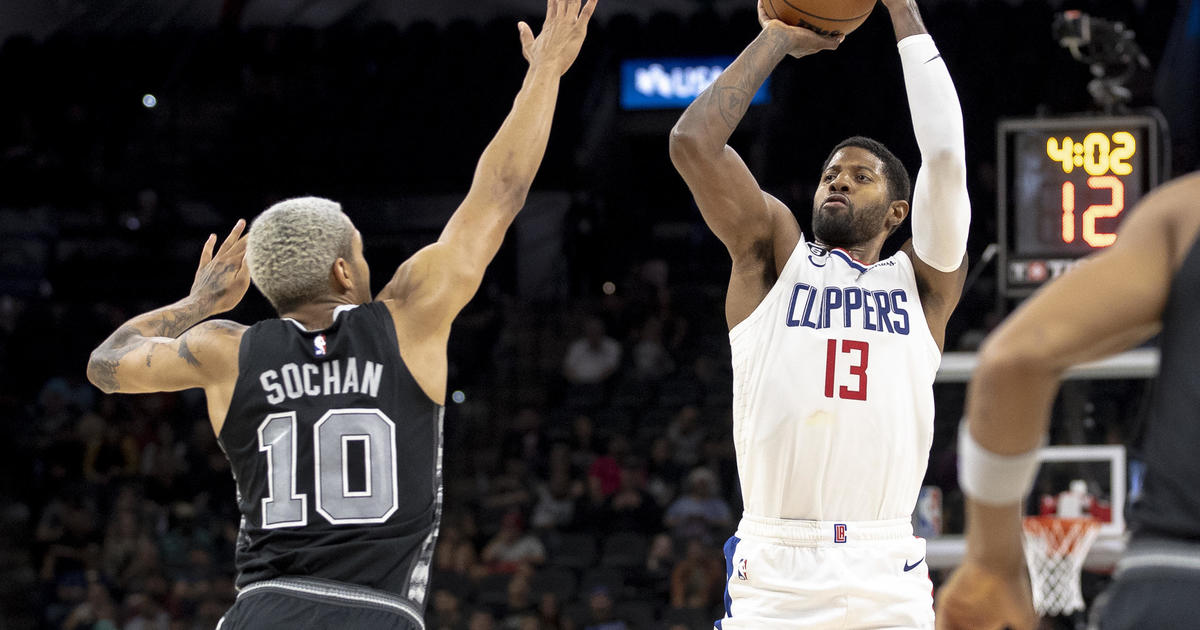 Norman Powell added a season-high 26 points off the bench and Reggie Jackson had 20 points as six Clippers scored in double figures. Powell hit five 3s and Jackson sank all four of his three-point attempts.

“Today was the best game we played all season. This is the blueprint of how we should play,” said Clippers coach Tyronn Lue. “It was a fun game to play and a fun game to watch.”

Kawhi Leonard had 11 points in 22 minutes of his second straight start after missing 12 games due to right knee stiffness. John Wall had 15 assists, becoming the first Clippers player since Chris Paul in 2017 to have at least that many.

Wall comes off the bench in his first season with the Clippers feeling no pressure to score big numbers on a team with so many offensive weapons.

“This is probably the deepest team we’ve ever played in,” he said. “We don’t have to worry about who is the top scorer, just play the right way.”

Since the start of the 5-2 season, the Spurs have lost nine of 10 and four in a row. They were led by Jakob Poeltl with 20 points. Doug McDermott added 13 points and Tre Jones had 10 assists.

The Clippers led all the way and dominated from the opening spot. They took an 18-point lead in the first quarter when they shot 61% from the floor.

Los Angeles scored three consecutive three-pointers—two in a row by Jackson and one by George—extending the lead to 16 points just before halftime.

Leonard also got into long range action, hitting a 3-pointer in the third. The Clippers took a 22-point lead into fourth and were able to give their starters valuable rest as Powell led the second unit.

The Clippers have won eight of their last 12 against the Spurs.

Spurs: They had nine field goals in the first quarter as the Clippers made nine 3-pointers. … In his 27th season at the helm, Gregg Popovich is coaching his youngest roster since joining the franchise in 1996. The average age is 23.4 and the 16-man roster includes 13 players under the age of 26. … Romeo Langford (returning to match conditioning) will likely return next week.

Clippers: Wall’s nine assists in the first quarter was a career record for most in a single period, the first time he had that many since March 21, 2014 against the Lakers. … Their 40 points in the first quarter were the most scored in a quarter this season. … Retired Hall of Fame broadcaster Ralph Lawler, who spent 40 years calling games, made a rare visit to his old workplace.

Spurs: Visiting the Lakers in the second game of a back-to-back on Sunday.