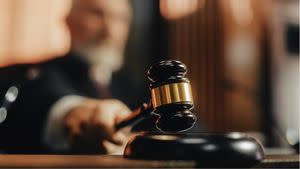 A Cobb County man will spend seven years in prison after sexually assaulting a 12-year-old girl who slept at his home.

On June 17, 2019, the child said that Kalem Amin Hasan, 69, had sexually assaulted her while she was sleeping during her overnight visit. Officials said the child was a relative of Hasan’s roommate at the time.

The relative immediately confronted Hasan and called 911 to report the attack.

“Hasan used darkness and opportunity to launch his attack on a sleeping 12-year-old child. I commend the bravery of our young survivor who bravely shared her truth with the jury,” Assistant District Attorney Jared Horowitz said. “The jury’s verdict shows that this kind of behavior cannot and will not be tolerated here in Cobb County.”

Hasan was charged with child abuse.

He will serve a 20-year sentence, including seven years in prison, followed by supervised probation and no contact with the victim.

The Crimes Against Children’s Unit of the Cobb County Police Department conducted the investigation and scheduled a forensic interview with the victim at the SafePath Children’s Advocacy Center.

As a result of the investigation, Hasan was arrested and subsequently charged with child abuse on October 24, 2019.

The trial presented the victim’s testimony, members of the victim’s family, law enforcement officers and other evidence. The trial lasted three days, and a Cobb County jury ruled within an hour of receiving the case.