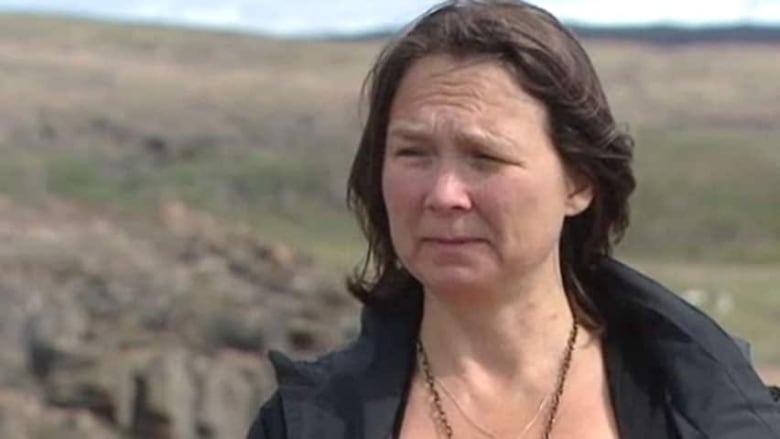 As Nunavut’s Inuit delegation navigated meetings with French officials in Paris on Tuesday, they encountered what one human rights lawyer called the “cold reality of the law.”

The French government cannot extradite ex-priest and alleged abuser Johannes Rivoire to Canada to face criminal charges because it would violate the constitution to do so, Belgian lawyer Lieve Halsberghe told reporters on Tuesday.

The delegation of Nunavut Tunngavik Inc. has been in Paris all week in an effort to gain public and political support in France for Rivoire’s extradition.

Halsberghe, who assists the Nunavut Tunngavik deputies, described a difficult morning of meetings that shattered many of the deputies’ hopes of seeing the man they accused of abusing them.

“I found it [an] extremely hard encounter, to be confronted with this reality – this cold reality of the law,” Halsberghe said.

“I am very disappointed. But I am also very grateful, because this whole delegation – my friends – has shown such courage to come here and do this.”

Deputies met with three government officials, but not with the French justice minister.

Halsberghe said they were told at that meeting that not only can France not legally extradite Rivoire, but the country cannot try him on Canada’s behalf either.

They would have to apply French law to the charges and in France the limitation period would have already expired.

In an email Tuesday afternoon, Canada’s Justice Department said it has not yet received a response from France to its request to extradite Rivoire.

The request was made by Canada’s Attorney General through Justice Department officials.

Inuit leaders met French officials in Paris to press for the extradition of ex-priest Johannes Rivoire, who is accused of abuse in Nunavut. Teresa Qiatsuq of TBEN Nunavut then met with Aluki Kotierk of Nunavut Tunngavik, who said she was frustrated at the lack of political will in France to bring this man to justice.

Aluki Kotierk, the president of Nunavut Tunngavik, said the meeting was “very frustrating” and the delegates were trying to ground themselves and prepare for their next meeting.

“While the general line was that France does not extradite French citizens, there were words that expressed how much they understood our situation,” Kotierk said.

“But in the end it was clear that there is no political will to extradite French citizens.”

Rivoire worked in many Nunavut communities in the 1960s and 1970s, but returned to France in the early 1990s before he could be tried on charges of abuse.

While some charges against him were held in 2017, the RCMP confirmed in March that more charges had been filed and that they had issued a Canada-wide arrest warrant.

In an interview with APTN in July, Rivoire denied all charges.

Ottawa woman sues frontman Hedley for $2.8 million after he was found guilty of sexually assaulting her | TBEN News