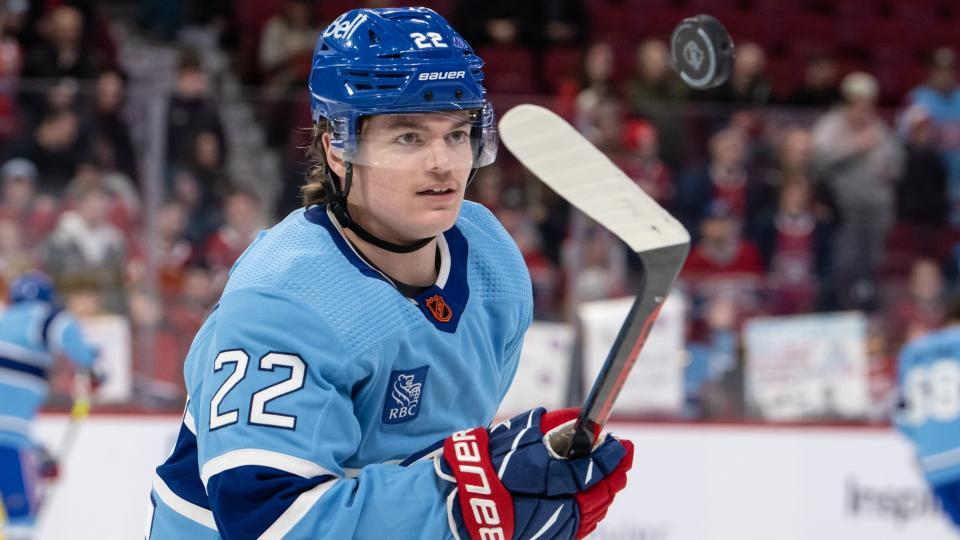 The Montreal Canadiens will soon have to pay for budding star forward Cole Caufield, with the 22-year-old destined to become a restricted free agent on July 1.

But while Caufield lets his game do the talking, he admitted that thoughts about his future still linger in the back of his mind.

“I mean, you’re trying not to (listen), but you really can’t get away from it,” Caufield told reporters on Friday. “It’s everywhere, you hear it a lot, but for me it’s just about trying to stay away from it. It’s going to happen when it happens.”

The University of Wisconsin product is quickly making a name for itself as the NHL’s up and coming sniper, having already scored a career-high 26 goals in 46 games this season. And while the Canadiens are currently working their way through a rebuild, the diminutive star is happy with where he stands in his career.

“I love being here, I love this team and this group of guys,” the 22-year-old added. “So I’m taking it step by step. But it’s definitely in the back of my mind.”

There has been a lot of speculation lately about the dollar amount Caufield and the Canadiens will settle with, with some expecting him to land within reach of US National Team Development Program alumnus Matt Boldy. AAV) contract with the Minnesota Wild.

Despite the work still to be done in the negotiations, Caufield is not preoccupied with the financial side of things and is confident that the two sides will come to an agreement in due course.

“I don’t really see it that way, it suits me best,” he said. “My agent (Pat Brisson) and the guys behind the scenes take care of those things, but I’m not too worried.”