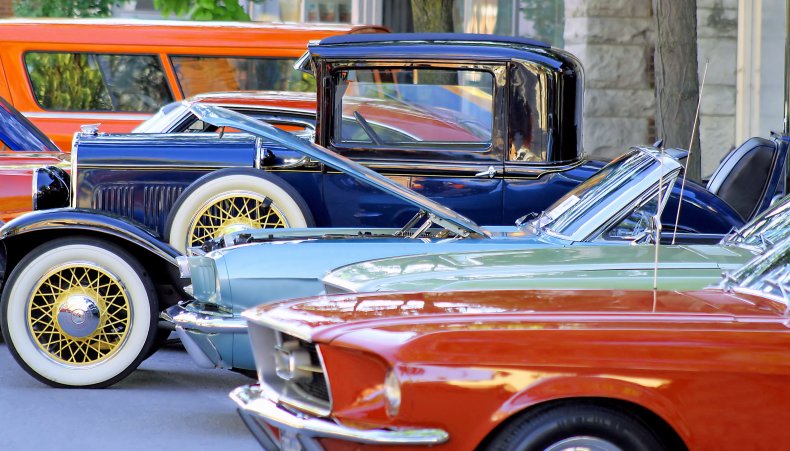 A crafty car collector told Reddit how he outsmarted his Homeowners Association (HOA) when they tried to let residents have only one vehicle in the driveway.

The collector, u/Independent-Grape586, shared his story with the subreddit r/MaliciousCompliance, which collects stories of people who follow the rules exactly, even if they don’t really follow the spirit in which those rules were intended. The original poster (OP) earned over 19,100 upvotes and 1,100 comments for his post: “My HOA will learn that I am absolutely living by the letter of the law.”

The OP explains that all the vehicles he has – two cars, four motorcycles and an RV – are all driving and insured. His household also has four people with a driver’s license. While he normally stored all these vehicles in his garage, u/Independent-Grape586 saw an opportunity when he saw that his HOA rules allowed “only one Class C vehicle” in each driveway.

In the United States, there are typically three major classes of driver’s licenses: Class A, which allows the holder to drive large vehicles such as tractor-trailers, tankers, and flatbed trailers; Class B, which allows drivers to use large buses and small dump trucks; and Class C, the most common type of license, which applies to standard vehicles, as well as vehicles capable of carrying 16 or more passengers not already described in the other classes, according to the Department of Transportation.

However, the class designation refers to the driver’s license, not the vehicle type. There is no such thing as a “Class C vehicle”, a fact the OP used to its advantage.

“I put 5 vehicles in my driveway,” wrote u/Independent-Grape586. “The letters came. I was able to deflate them quickly after I asked them for the legal definition of a Class C vehicle. No fines paid.”

A year later, the HOA changed their rules to allow as many as three vehicles per driveway. But the OP was not deterred and did some research. He found that the HOA was not covering the public streets, which had been ceded to the city – which OP speculates was “an attempt to avoid paying the maintenance bill”.

“The HOA had no authority to prohibit people from parking on a public street. So I moved 2 vehicles to my very narrow street. One in front of my house and one directly across the street in front of my neighbors house, u/ Independent-Grape586 wrote. “Now the only vehicles that could safely drive past my house were motorcycles and that one guy with a smart car.

“It was lovely. My street is a main artery to and from the neighborhood. Lots of curves and paths for people to go home or to work,” he continued. “They are the ones who did the rest of the work for me. Complaints and phone calls to the HOA president resulted in another vote to change the rules. Now my driveway is open to any number of legally registered vehicles.

News week has written a number of stories about battles with HOAs. A man was fined after not moving his truck for two days, because the VvE therefore considered it not driving. To evade the fines, he tuned the truck to become “noisy” and then parked in front of the HOA president’s house to fire the engine to prove that his truck was indeed running.

Another HOA was criticized for telling a disabled war veteran to remove a wheelchair ramp. The reason? It was not made with wood of the ‘correct color’. After threatening the HOA with a lawsuit under the American with Disabilities Act, it dropped the complaint.

And in one case, a HOA tried to force its residents to participate in a mandatory garage sale where 10 percent of the proceeds went to the HOA. In addition, the VvE demanded that people sell ‘luxury goods’. Residents were also told to use Stripe, a credit card processing app, so that the HOA could monitor profits, but that residents would be aware of fees.

Redditors applauded u/Independent-Grape586 for fighting back the HOA.

“Had a similar problem with my HOA. They decided I couldn’t park my truck with a trailer on the street in front of my house. Sent me a fine,” wrote u/WinginVegas. “I replied that I was parked legally and they could not regulate the streets in the city. They stated that there was a state law that allowed HOAs to manage the streets in their community, but they skipped the part that it only applies to gated communities where they maintain.

“Received a letter from the City’s Parking Director saying that only the city could arrange parking and that a semi-trailer truck was legal for 72 hours and then had to be moved, but there were no waivers on how far it should have been moved. They were quick to shut up,” they added.

“A city I used to live in had problems with that. They used license plate scanners for traffic enforcement and issued fines if the same license plate on successive scans was picked up for longer than the allowed parking time. The court ruled that since the system could not prove that the vehicle was was in the same spot — just somewhere in the scanned street — it wasn’t valid evidence of a parking violation,” added u/archbish99.

“My favorite first step when dealing with HOAs is looking up their license/registration. This varies by location, but in my area it is a legal requirement that HOAs be registered annually. If not, nothing they ask for is legal ,” you/cake__eater suggested.