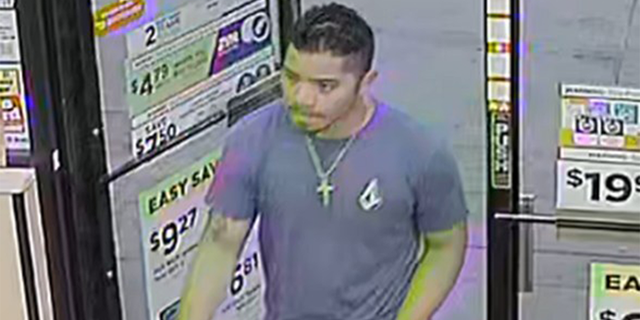 The Aurora Police Department is looking for a man who allegedly told two customers at a gas station that “they don’t belong here” before spraying them with gasoline and looking for a lighter to set them on fire.

The attack took place at a gas station in western Aurora on July 23 at around 11 p.m., police said.

The suspect is said to have addressed the men while speaking Spanish at the gas station.
(Aurora Police)

ALSO READ  Shooting at tourist hotspot on the Spanish coast: 1 dead and 5 injured

The suspect confronted the customers while speaking Spanish. After spraying them with gas, he also allegedly threw a rock through their window and stole their keys.

PORTLAND POLICE CHARGE WITH COMMUNITY TO STOP VIOLENCE AGAINST OFFICIALS

Aurora’s detectives are investigating the incident as a “bias-motivated crime.” The suspect is described as a Hispanic or Asian man in his early twenties.

Kyla Huber, an attendant at the gas station, told KDVR that the suspect was buying beer when he confronted the victims.

“It kind of threw me off because Mr, he was, ‘Yes ma’am, no ma’am’ to me. He was respectful and looked me straight in the eye. But as soon as he stepped out he was aggressive and angry Huber told the local news channel.