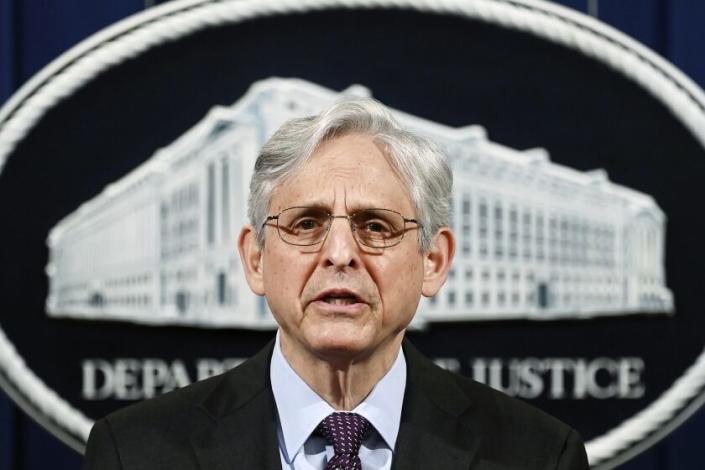 Merrick Garland’s appointment of special counsel Robert Hur to investigate the burgeoning Biden documents problem tells us something new about the Attorney General.

Despite his image as a prosecutor who “follows only the facts and the law,” it appears Garland may play a role in major high-profile decisions, political considerations, and the importance of public trust in the Justice Department’s impartiality.

No surprise, you might say. But so far, Garland has maintained and polished a reputation as a genuinely apolitical attorney general, indifferent to the consequences of his actions for the other departments and the public.

Even as he handed over the oversight role in the Justice Department’s Trump investigations to Jack Smith, Garland insisted on the letter of the law, the “extraordinary circumstances” requiring the appointment of special counsel.

When President Biden’s documents surfaced this week — a small number, including classified documents, found in two places — the near-unanimous assessment of commentators was that Garland had “no choice” but to appoint special counsel on the matter.

But that’s not what the law says. The regulation of the Ministry of Justice requires the appointment of a special counsel only “when the Attorney General determines that a criminal investigation into a person or matter is warranted” and that “the investigation … would create a conflict of interest for the Department, or other extraordinary circumstances.”

As we have learned over and over during the Trump years, intent is at the heart of most crimes, including document-based crimes. Former President Trump is in document hot water, and rightly so, as the evidence strongly suggests he knowingly took government documents that should have been turned over to the National Archives, and then engaged in multiple rounds of defiance and lying to the authorities who wanted them back.

In contrast, nothing we know suggests in the slightest that Biden acted intentionally in violation of the law. There is no indication in the file that the president even knew the documents had left the White House.

Do not get me wrong. The discovery of not one but two sets of government materials in an office Biden used in Washington and at his Delaware residence is certainly cause for concern. It is clearly a political headache that is now reaching migraine proportions. It also raises questions. How often do presidents and vice presidents leave office with classified documents? How are such documents accounted for and how should those methods be tightened?

And the situation cries out for an investigation into how and why the documents were not turned over to the records when Biden left office as vice president.

But what it doesn’t cry out for is a criminal investigation. (A politically useful aspect of Hur’s nomination is the likelihood that he will determine that and end the president’s problem.)

It is no doubt understandable why Garland appointed Hur. A special counsel in charge of the investigation takes out a club that the majority of the Republican House has already started using to beat up Garland, the Justice Department and the president. Whatever Hur thinks, the peanut gallery will keep screaming and screaming, but the appointment of Hur — a former U.S. attorney, senior Justice Department official, clerk to the late Supreme Court Chief Justice William H. Rehnquist, and a current partner at Gibson Dunn – should assure the public that any decision in the case is not political.

ALSO READ  Biden is going after fees charged for flights, hotels and tickets

It could even be welcome news for the White House, which can defend itself more vigorously by claiming that the investigation is on the rise, and repeatedly pointing the streets at the Justice Department.

But that’s all a matter of politics and appearances, not the letter of the law, supposedly the North Star of Garland.

There is ongoing debate in public forums and legal circles about the role that politics and public opinion could play in Garland’s decisions regarding the Justice Department’s investigation into Trump’s actions on January 6 and the documents from the White House that he repeatedly refused to turn over. to the National Archives.

I think we have an answer.

Garland isn’t entirely in a lofty area of ​​the law. He lives and works in Washington where, as he famously said, during the outrageous opposition to his Supreme Court nomination, “If you want a friend, get a dog.”

Garland’s decision to appoint special counsel in the Biden documents case is a testament to a Washingtonian’s situational awareness and an admission of nuanced political concerns. Not bad qualities for the head of a government agency, but a new gloss on the character of the most important attorney general since Watergate.

White House is still trying to reunite 1,000 children who were separated under Trump’s border policy