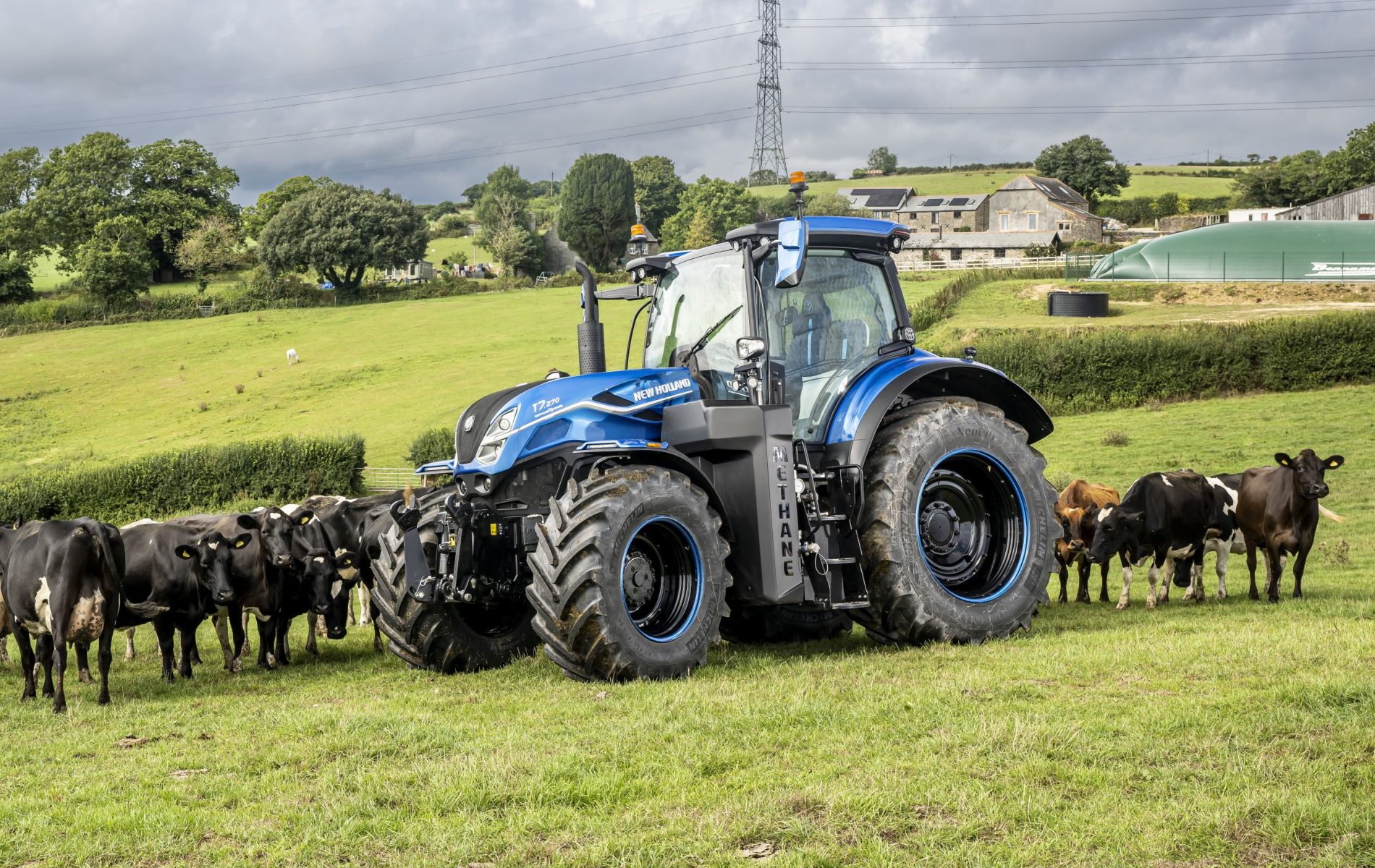 The 270 horsepower tractor is powered by capturing the methane that would otherwise escape from the cow manure – called “volatile methane” – and then treating and compressing the gas for use as a liquid fuel. The cryogenic fuel tank holds the methane as a liquid at -162C.

The technology has the potential to combat climate change by removing large amounts of methane from the atmosphere, which has “more than 80 times the atmospheric warming power of carbon dioxide over 20 years,” Mr Mann added.

Gilles Mayer, a member of New Holland’s global alternative fuels management team, told The Telegraph: “A farm with 150 cows would offset the CO2 emissions of 140 UK households per year.”

He explained how the tractor is currently limited to using cow and pig manure, but New Holland is working to expand the fuel source to other livestock manure, such as poultry.

Last year, Bennamann conducted a pilot study in Cornwall where the T7 prototype tractor successfully reduced its CO2 emissions from 2,500 tonnes to 500 tonnes without compromising performance compared to its diesel alternative.

IndyCar team changes car number from 88 to 55 to avoid...