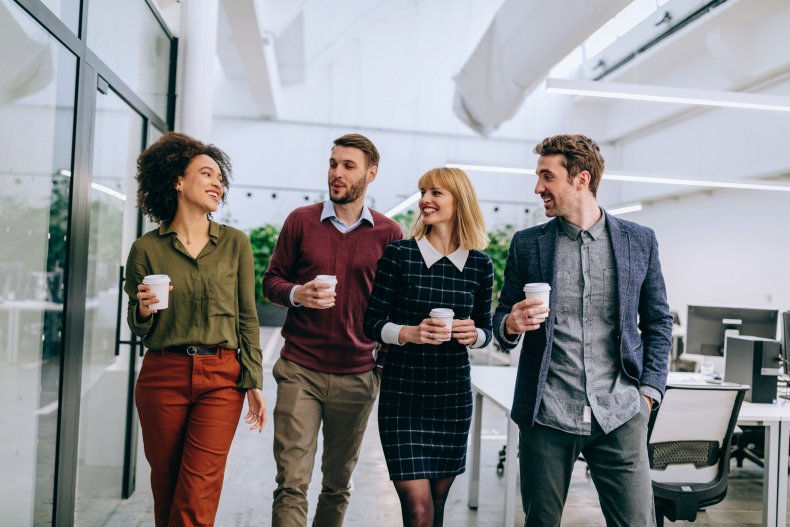 A post about a company that needs staff to work in the office to boost “corporate culture” has gone viral on Reddit.

In a post that received more than 16,300 votes at the time of writing, Reddit user maximumkush wrote: “The company mandates that we come to the office once a month to increase the ‘culture’ of the company…here are pictures of the culture.” The user shared an image of an empty office with rows of empty cubicles.

According to a survey of 25,000 Americans conducted by McKinsey between March 15 and April 18 in collaboration with the market research firm Ipsos, 58 percent (92 million people across a cross-section of jobs and types of work) said they had the opportunity to work from home at least one day a week. . Thirty-five percent said they could work from home five days a week.

The report said: “After more than two years of observing telecommuting and predicting that flexible working would persist beyond the acute phases of the COVID-19 pandemic, we view this data as confirmation that there is a significant shift has taken place in the working world and in society itself.”

According to a Pew Research Center survey published in March, the country’s “quit rate” reached its 20-year high in November 2021. Also, 45 percent of Americans said they would quit their jobs in 2021 because of “a lack of flexibility in choosing when to put in their hours.”

Isekai-cheeese replied, “It’s like they want to make their employees unhappy on purpose by letting them come in so they can use their office what they paid for. I don’t understand how this work can be done inside or outside the office , no need to be in the office, it’s just an internal power flex. ‘Do as I say!'”

The original poster replied: “This company built 3 very large corporate buildings in 2019, so when Covid hit I understand their side to some extent, they started renting out parts of the buildings to other companies that need office space, they literally want just that we come to work to say we use the building and also NOT to classify as wfh [work from home] Staff members…”

sauroden said, “The only way in-office builds culture is by socializing employees instead of working, or talking in meetings about the work they’re not doing, both are things we do because we have to fill office hours.” because there is no 8-9 hours of work to do. Cut the illusion, work 5 hours a day and socialize with your real family and friends.”

The original poster agreed, saying, “US should adopt a 4 day work week that still pays 40 hours…all this corporate culture BS [bull****] we see right through it.”

WanderingWizzard said, “Ah yes, office culture. No space of its own, [insert coworker here] on or near your desk talking endlessly about stupid things while just trying to get through the day… Ugh, god, this is giving me flashbacks. In any case, you’re only stuck there once a month.”

WritingPretty was more diplomatic, writing, “Mostly agree, but there is also a subset of people who get most of their socialization from work. I think the answer is to let people decide what’s best for them in instead of [mandating] something.”

The user added: “Completely agree on the wasted hours. It is better for managers to set clear expectations of what is expected of you, rather than committing a certain number of hours.”

User Demiansky said they like the “open office collaboration configuration” which is “when the office is at 1/5th capacity. Before Covid when the office was full it was terrible. After Covid when everyone comes to the office once a week , it is awesome.”