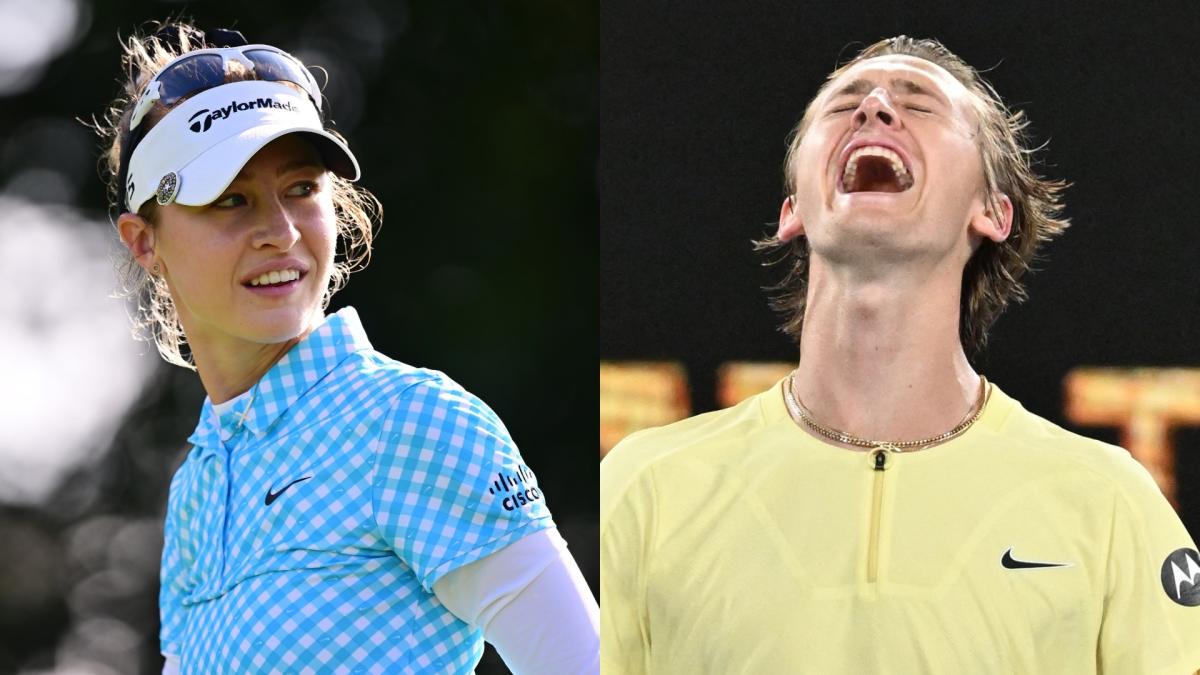 Nelly Korda may not have planned to wake up at 4:15 a.m. to watch her brother play at the Australian Open, but when your sibling is facing one of the biggest games of his life, sometimes your body just knows .

Nelly hoped she would wake up to the news that Sebi had beaten world No. 8 Daniil Medvedev in the third round. Instead, she got to see her younger brother win in straight sets.

“I saw him win at dinner, so that was cool,” Nelly said Friday at the Hilton Grand Vacations Tournament of Champions. “I actually woke up 30 minutes before my alarm clock to watch him play, just naturally knowing he was playing.”

Full scores from the Hilton Grand Vacations Tournament of Champions

Honestly, he put in a lot of work. He’s got a great support system behind him and it’s really cool and special to watch him do what he does. Hopefully he can continue this run. But from the outside it’s very special to see him achieve all this, and I couldn’t be happier for him.”

Sebi, whose full name is Sebastian, did not shy away from highlighting his family’s achievements after the victory, even if it was at his own expense.

After pointing out that both his sisters, Nelly and Jessica, and his father, Petr, have won Australian Opens, the interviewer poked fun at the 22-year-old.

Interviewer: “So that means you’ve been underperforming for a while, is that right?”

Nelly refers to that statement as “complete BS.”

“Honestly, he’s the best,” his older sister replied when asked if that was true. “His hand-eye coordination is incredible. His swing – I’m actually jealous of his swing. It’s crazy. He is left handed. He is a natural right-hander, but he plays golf left-handed. He played hockey lefty. I mean, he grew up playing hockey. He was pretty good at it too. He can skate very well, play golf well, play tennis beautifully.”

While the youngest Korda started playing ice hockey at the age of 3, he decided to switch to tennis at the age of 9 after going to the 2009 US Open with his father. Just two years later, at the age of 11, he won a golf tournament in Prague.

“It’s funny; he swings it to the left, which is really nice,” Nelly said. “He doesn’t change his hands, and he swings it right and still clears it. Yeah, it’s just, he’s special. He’s one of a kind. He is really talented.”

More Korda dominance may be just days away. Sebi will try to keep his run Down Under alive on Saturday when he faces 10th seed Hubert Hurkacz in the fourth round. In the United States, Nelly sits solo 2nd heading into the weekend at Lake Nona.