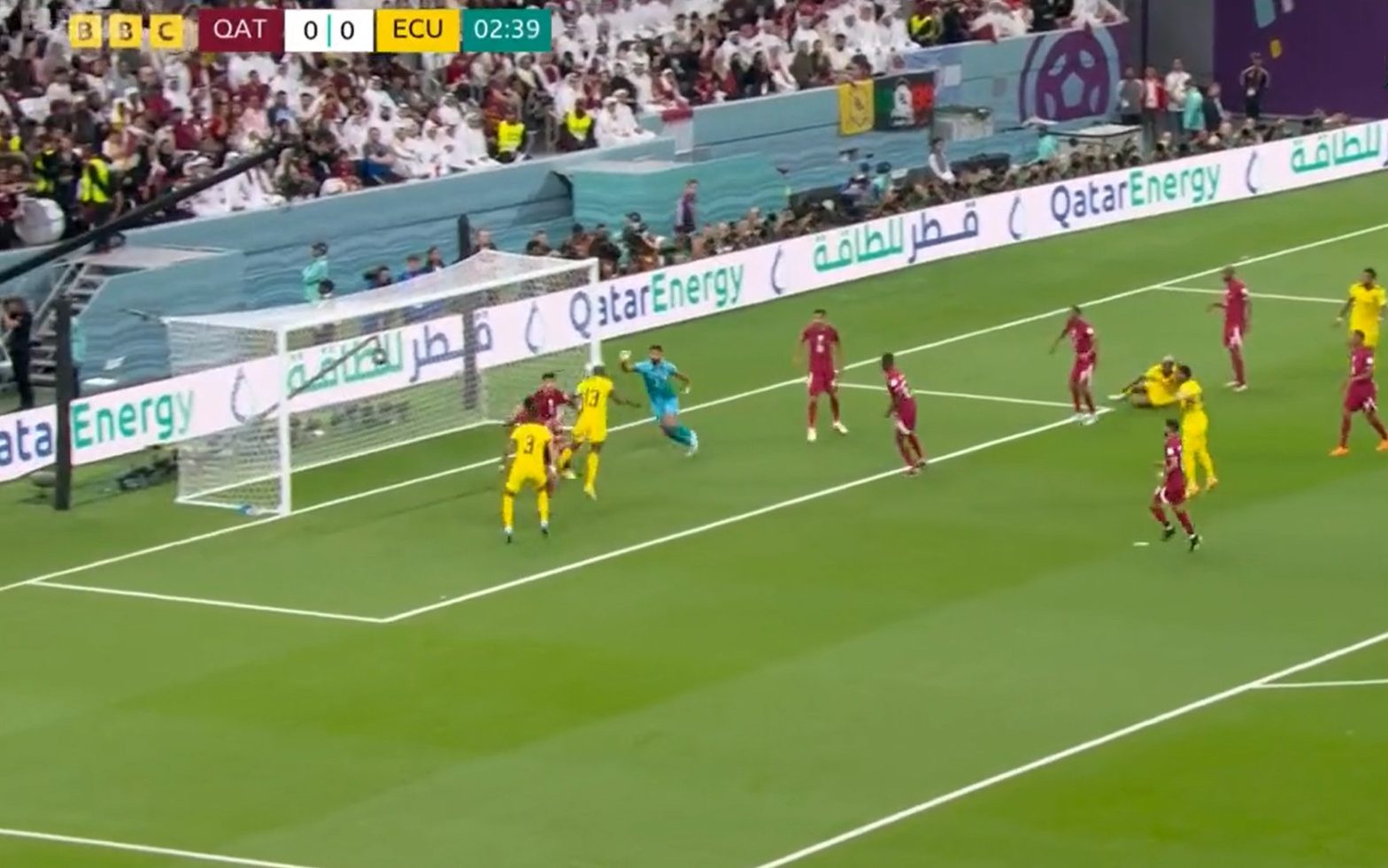 The opening goal of the 2022 World Cup lasted just two minutes and 38 seconds – only for Ecuador’s opener against hosts Qatar to be ruled out in bizarre circumstances.

Ecuador striker Enner Valencia brought a sudden hush to the home fans at Al Bayt Stadium as the former West Ham striker found the back of the net in just the third minute, to cheers from the healthy number of Ecuador supporters in the stands .

But referee Daniele Orsato was quick to keep his earpiece in a pose Premier League fans will be all too familiar with, booing and jeering as he greeted the video assistant referee’s first interference at this year’s World Cup.

Orsato was consulted over a long period of time, but no details were passed on to the spectators in Qatar or the fans at home on their sofas.

And some two minutes after the goal was scored, Orsato disallowed it for apparent offside – leaving virtually everyone stunned at how the decision had been made when no replays had been watched and Var graphics hadn’t been deployed as usual in the Premier League .

In the end, the 3D Var image seemed to put everyone out of their misery. It confirmed that when the free-kick was driven into the penalty area, both Felix Torres and Michael Estrada battled for the header against Qatar goalkeeper Saad Al Sheeb.