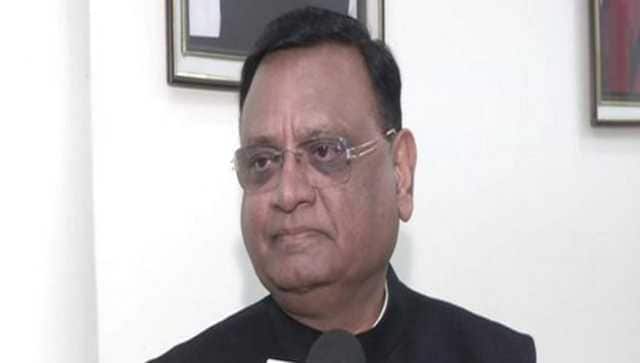 New Delhi: Three Congress MLAs from Jharkhand – Irfan Ansari from Jamtara, Rajesh Kachhap from Khijri and Naman Bixal from Kolebira – who were arrested Saturday night in the Howrah district of West Bengal with cash worth more than 48 lakh were released by the party today. suspended.

“Three MLAs, who were held yesterday with a mountain of cash, have been suspended from the party with immediate effect,” said Avinash Pande, secretary general and head of the Jharkhand Congress on Sunday.

The MLAs were stopped in the Howrah district of West Bengal after a huge amount of cash was recovered from their SUV. Their vehicle was intercepted on National Highway-16 near Ranihati in Panchla Police Station.

News Agency PTIA quoted Swati Bhangalia, the police inspector of Howrah (Rural) saying that they had specific input that a huge amount of money was transported in a black car.

She added that police began checking vehicles and intercepted the SUV in which three Jharkhand MLAs were driving. They recovered a large sum of money from the car.

The senior police officer further informed that money counting machines had been brought in to determine the total amount.

Apart from the MLAs, there were two other people in the SUV, which had a sign reading “MLA Jamtara Jharkhand” along with the congressional election symbol, police said.

Earlier, the Jharkhand Congress claimed that the money recovered from party MLAs was part of a conspiracy by the BJP to overthrow Hemant Soren’s government in the state, which it is part of along with Lalu Prasad’s RJD.

Do not miss it: ‘Unfounded allegations’: BJP condemns Congress’ charges against ‘Operation Lotus in Jharkhand’

Congress General Secretary Jairam Ramesh tweeted on Saturday: “The BJP’s ‘Operation Lotus’ in Jharkhand will be on display at Howrah tonight. The game plan of ‘Hum Do’ in Delhi is to do in Jharkhand what they did in Maharashtra by ED duo.”

ALSO READ  What is Arpita Mukherjee's connection to TMC who had 20 crore cash?

Earlier today, BJP lashed out at Congress for accusing it of overthrowing the government in Jharkhand. Union Minister Arjun Munda claimed that Congress has a habit of leveling “baseless accusations” against others in order to hide their own mistakes.

“Congress party has a habit of leveling baseless accusations against others to brush up on their own mistakes. They (Congress MLAs) have to explain where all the money recovered from the car comes from,” he said.

War pushed this Ukrainian psychiatric hospital to the frontline