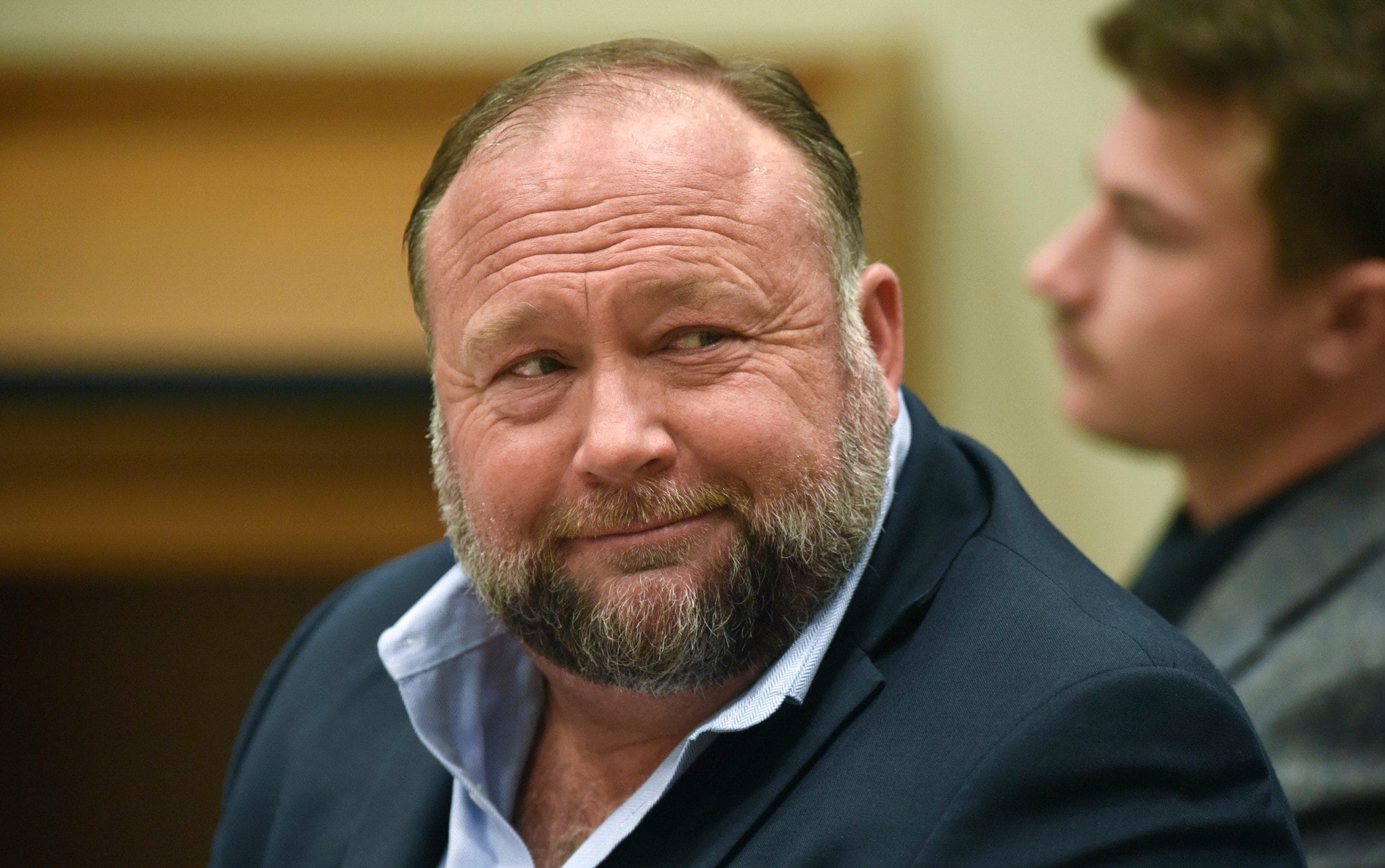 He was asked, “Is it time to let Alex Jones back on Twitter, Elon Musk? If not, why not?”

The founder of SpaceX and Tesla replied: “Allow little children, and forbid them not to come unto me: for theirs is the kingdom of heaven.”

When challenged again by Kim Dotcom, the controversial internet tycoon who continues to be extradited to the US over his MegaUpload file-sharing website, Mr. Musk was unmoved, saying: “My firstborn child died in my arms. I felt his last heartbeat.”

Mr. Musk’s personal trauma and the lasting pain felt by the parents of the Sandy Hook victims appeared to be the motivating factor behind his decision.

It is not known if there has been a council meeting or if there is a clear process for restoring users. Mr Musk did not factor in the decision to reinstate other accounts – including Alex Jones’s – in a Twitter survey of the site’s 237 million daily users.

Jones has since acknowledged that the shooting happened in 2012 and told jurors it was “crazy” of him to repeatedly claim the shooting was a hoax.

New light has been shed on Jones’ financial dealings around the time he faced multiple lawsuits.

According to the Washington Post, court documents show that between August 2020 and November 2021, Free Speech Systems signed promissory notes — essentially IOUs — for $55 million to cover what it claims were past debts to a company called PQPR Holdings that Jones put together. property with his parents. .

A lawyer for Free Speech Systems has said in court that the debt has gone unnoticed due to sloppy bookkeeping.

The IOUs and other recent transactions helped to put Free Speech Systems out of business in July, according to Jones court documents.

As a result, the Sandy Hook families could compete with other creditors – including the companies associated with Jones himself – to collect. Jones says he plans to appeal.