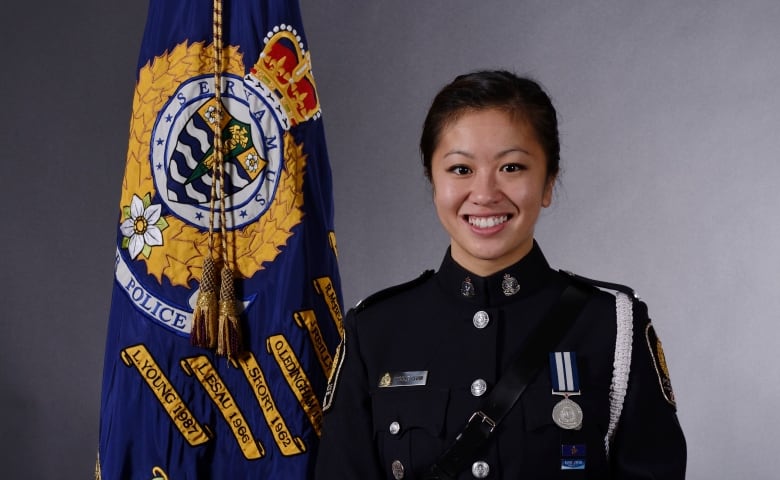 The night before Vancouver Const. Nicole Chan died by suicide, a police psychologist passed urgent information about her history of suicide attempts to staff at the hospital where she was involuntarily detained, a public inquiry has learned.

Dr. Testifying at a coroner’s inquest on Tuesday, Randy Mackoff told the jury that on January 26, 2019, he received a call to notify him that Chan had been taken to Vancouver General Hospital because she was deemed a danger to herself.

Mackoff, who works almost exclusively with the Vancouver Police Department (VPD), said he told officers on the scene to talk to Chan’s care team about her past mental health issues.

“I told Sgt. [Novi] Jette and also Supt. [Shelley] Horne that it was very important to tell the psychiatrist at the hospital that Const. Chan had a long history of suicidal thoughts and suicide attempts,” Mackoff said.

“It was imperative they knew this…before making a decision on whether or not to release her.”

Nevertheless, Chan was released from the hospital that night. She died by suicide the next morning at the age of 30.

During his testimony on Tuesday, Mackoff declined to comment on the decision to release Chan from the hospital, but said it carried “additional risk” given her history.

He added that in his experience out of thousands of similar situations where someone is detained under the Mental Health Act, hospital staff are generally not open to talking to what he called “collateral sources” who could provide context about the patient’s behavior in the past.

“My experience as a psychologist is that there’s no contact at all and no interest in starting a conversation,” Mackoff said.

“It’s not just about the diagnosis. It’s about literally not speaking. … I’ve had psychiatrists say, no, no, don’t talk to me.”

His concerns reflect that recently raised by Aaron Sanio’s family, who committed suicide in 2021 after being released from care at Lions Gate Hospital. His father has said he called the hospital eight times to provide information about his son’s history, but was never able to speak to the health care team.

Mackoff also spoke about reviewing Chan’s responses to a psychological assessment conducted during her original application to become a VPD officer. He said he flagged 14 concerns about her answers, including the revelation of a suicide attempt when she was a teenager.

“It was a long list,” he testified, adding that for an average recruit, he would have marked only five or six concerns.

Earlier in the day, an officer who worked on recruiting for the VPD said she didn’t know if those additional interviews were taking place.

At the time of her death, Mackoff was no longer treating Chan, and he said he was “disturbed” that she had never made public her complaints of alleged misconduct by senior officers.

In her last year of life, Chan’s psychologist was Dr. Noah Susswein, who also testified on Tuesday.

Susswein recalled his last appointment with Chan on December 21, 2018, when she appeared to be “energetic and forward-looking” and was pleased that McCullough had been suspended as a result of her complaints.

But it wasn’t all good news.

“She was very, the word she used was ‘outraged’, which the person she told, Dave [Van Patten]kept his job,” Susswein said.

‘I was sick and took advantage of it’

Chan’s feelings about Van Patten are further highlighted in a victim impact statement she prepared for the New Westminster Police Department, dated January 7, 2019, released Tuesday by the coroner’s office.

The New Westminster department had investigated Chan’s allegations that Van Patten had sexually assaulted and extorted her, but prosecutors ultimately decided not to approve the charges, the inquest has heard.

Chan’s unsigned statement alleges that Van Patten, who worked in human resources, used information about her personal struggles to “exploit and manipulate” her.

“I was sick and abused by a senior officer who handled my file. There was a huge imbalance in power and I was severely depressed,” the statement says.

“Through this process, I hope it becomes clear that Dave is not someone who should be privileged to continue as a police officer.”

Chan also expressed her despair about her future if she could not continue working as a police officer.

“I didn’t have a career before VPD, nor do I have the training to do anything else. Most importantly, my mental health is preventing me from looking ahead or looking at other work options,” she wrote.

Van Patten was eventually dismissed from the VPD and McCullough resigned from the force.

If you or someone you know is struggling, get help here:

This guide of the Center for Addiction and Mental Health outlines how to talk about suicide with someone you’re worried about.

Nancy Pelosi says it would be “difficult” to see the husband’s...

‘While choosing the team..’: BCCI voter explains why Sarfaraz Khan was...