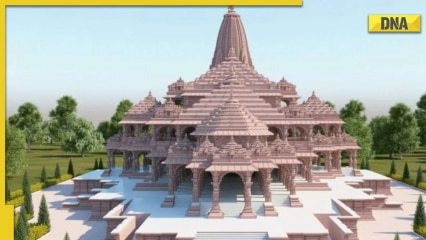 After years of disagreements over the land, the great Ram Temple in Ayodhya will be built with the foundation stone of the same already placed by Prime Minister Narendra Modi on August 5, 2021. Now the trust has the huge budget for the construction of the mandir.

Champat Rai, general secretary of the Shri Ram Janmabhoomi Teerth Kshetra Trust, revealed that according to the revised estimate, more than Rs 1800 crore will be spent on the construction of the highly anticipated Ram Mandir in Ayodhya, Uttar Pradesh.

The Trust also finalized its rules and regulations in the meeting chaired by Nripendra Misra, chairman of the Ram Temple Building Committee. “After several revisions, we have reached this estimate. Even this could increase,” Rai said of the construction costs, according to IANS reports.

The Trust has also decided to use white marble in the construction of the idol of Lord Ram. Idols of various other gods from the Ramayan era will also appear in the Ram Temple.

“Rules and regulations of the Shri Ram Janmabhoomi Teerth Kshetra Trust have been finalized. We have been working on it for the past few months,” said Champat Rai.

The construction of the temple is expected to be completed by December 2023 and Lord Ram is expected to be seated in the sanctum sanctorum by the Makar Sankranti festival in January 2024, Rai said, as quoted by IANS.

Construction of the Ram Mandir in the Janmabhoomi had been initiated several times before by Hindu outfits and the Bhartiya Janta Party (BJP), but the demonstrations had turned violent and the site was eventually demolished.

According to media reports, the first floor of the temple will be completed in 2024 and people will be allowed to offer their prayers once the floor is inaugurated.