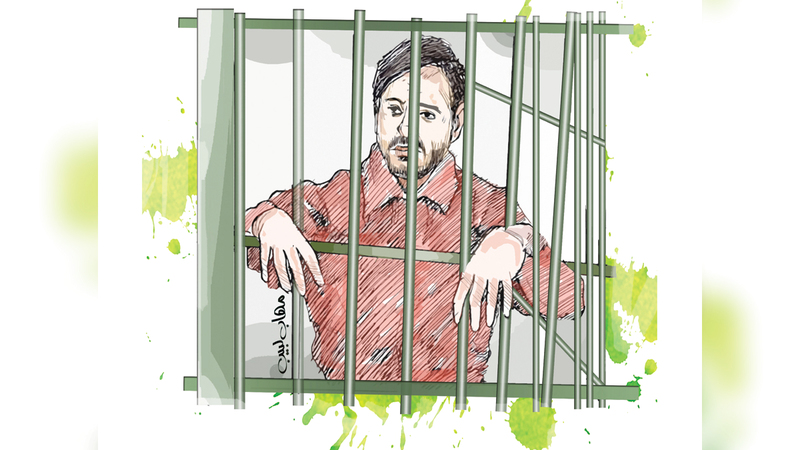 The Dubai Court of Appeal upheld a criminal court’s decision to execute a convict of the premeditated and premeditated murder of an Asian man and his wife, the attempted murder of their eldest daughter in their villa, and the theft of 1,65 dirhams from the house before fleeing, after he appealed the initial ruling and denied the crime in Appeal.

The crime, according to the case papers, took place in June 2020, when “the accused intended to kill the victim and his family, prepared a tool to carry out the crime, which was a knife, and walked treacherously – as described by the Public Prosecution – to the victim’s residence, and remained dormant.” Behind the trees, waiting for the family members to sleep, then he crept inside, and while he was in the parents’ bedroom, the father woke up and the perpetrator stabbed him with a knife, and when his wife tried to defend him, he killed her in the same way, and while he was trying to escape, he ran into their eldest daughter who rushed to their rescue, so he stabbed her in the neck And he ran away.”

For its part, the Court of First Instance sentenced the accused to death, who did not accept the verdict, and he appealed against it, and submitted a memorandum through a lawyer assigned to him by the court, requesting that the appealed verdict be rescinded and that he be acquitted, on the basis of saying that the initial verdict was marred by a violation of the law and a breach of the right of defense. This is due to the convict’s denial of the accusation against him, the invalidity of his confession in the record of collecting evidence, and the invalidity of his interrogation in the investigations of the Public Prosecution.

The Court of Appeal clarified in the merits of its ruling that the initial ruling surrounded the incident, starting with the accused doing dyeing work in the victims’ house seven months before he committed the crime. Only three days of crime, out of his financial crisis.

The initial ruling was based on the confession of the accused in the police inference record and the investigations of the Public Prosecution, and during his trial in the first degree, in addition to the testimony of the two daughters of the two deceased victims, the police witnesses, and the reports of the General Department of Criminal Evidence of the Dubai Police, which included the traces raised from the weapon, the crime scene and evidence other different.

The defendant’s defense tried to question the premeditated murder corner and attempted it, and argued that the accused had no intention, and that he only intended the house to steal, but the Court of Appeal confirmed that the premeditated corner is available in the right of the accused based on his own confession of his previous work in the villa and his briefing on the material condition of the victim, and his purchase The tool of the crime (the knife used in the murder), noting that “the decision that the intent to kill is a hidden matter is not realized by the apparent sense, but by the circumstances surrounding the incident, and that he could have left the villa without committing the murder after stealing the amount, but what he did confirms that he was harboring it in himself, and deriving this intent is entrusted to the judge’s assessment of the matter,” considering that “this document deserves to be rejected.”

The Court of Appeal also upheld the existence of a premeditated and premeditated circumstance by the accused, in light of his confession to thinking and planning the crime three days before its commission, and to arrange the necessary means for that.

Regarding the plea for the invalidity of his confession in the investigations of the Public Prosecution, she confirmed in its merits that the confession came voluntarily, in addition to that it completely matched the truth, and what was stated in my two reports of anatomical character, and then ended up supporting the death sentence, so that the case moved to the final chapter before the Court of Cassation.

The initial ruling was based on the confession of the accused before the police during his trial in the first instance, in addition to the testimony of the two daughters of the two deceased victims.

Maktoum bin Mohammed: The memory of the nation’s martyrs remains a beacon that consolidates loyalty in our hearts to the dear Emirates