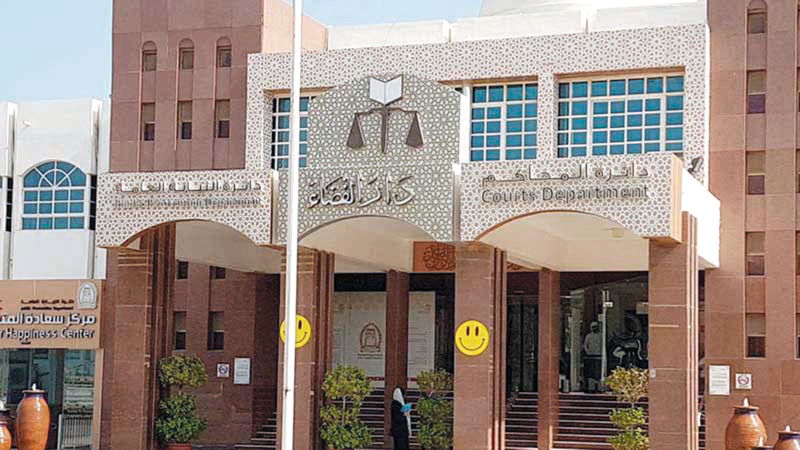 The Ras Al Khaimah Misdemeanor Court convicted a dentist of disclosing the secrets of his profession in cases other than those authorized by law for his own benefit, without the permission of the medical center in which he was working, and ruled that he be fined 20 thousand dirhams, accept the civil lawsuit, and oblige him to pay the civil claimant 50 thousand temporary compensation for what harmed him. The defendant did not accept the ruling issued by the Court of First Instance, so he challenged him before the Court of Appeal, which ruled to reject the appeal and uphold the appealed ruling, due to the existence of the elements of tort liability from a mistake caused by the defendant in terms of material damage to the plaintiff.

The medical center stated in the lawsuit file, which it filed before the Ras Al Khaimah Partial Civil Court, that the defendant had previously worked for a dentist, but he took advantage of his job duties, took data, addresses and phone numbers of the center’s patients, and embezzled them by taking pictures of the center’s computer, and sent Later, he sent letters to the patients, asking them to complete their treatment with him in his private center, after he left his work for him.

ALSO READ  Private schools: Examinations at the end of the first semester are paper

He explained that he lost an amount of 389 thousand dirhams as a result of losing 202 patients who were completing their treatment with him, as the defendant seized 80% of the patients, transferred them to his private center, and obtained the value of completing their treatment with him, with a value of 868 thousand dirhams, pointing out that he He managed to recover 20% of his customers, and deducted 49 thousand and 900 dirhams for the patients who were returned, and accordingly, his loss is estimated at one million dirhams, according to what is proven in the statements.

He pointed out that he incurred the expenses of appointing two doctors instead of the defendant, and also incurred the expenses and costs of their accommodation, and other expenses and fees, in addition to the moral damages he suffered, due to the defendant’s seizure of his clients, damage to his reputation, and the lack of confidence of clients, for his inability to protect the confidentiality of their data, Accordingly, he demanded that the defendant be compelled to pay him one million dirhams in compensation for the material and moral damages he suffered, with a legal interest of 12%.

The defendant’s attorney said in the lawsuit memorandum that his client is a dentist specializing in orthodontics, and had previously worked for the plaintiff, and that he shared 50% of the clinic’s income, and that the plaintiff acknowledged in the framework of the labor lawsuit in which he was judged a value of 496 thousand dirhams as a partner, and that customer data is not from Secrets, as obtained by him in his capacity as a doctor, and the request for a judgment dismissing the case.

And it was stated in the operative part of the Ras Al Khaimah Partial Civil Court ruling that it was found from the commercial license of the plaintiff that it is a limited liability company, and he is in his capacity as a merchant, and that the business he performs is of a commercial nature, and accordingly the qualitative jurisdiction in the case falls within the competence of the Partial Commercial Court, pursuant to the provisions of Article 30 of the Civil Procedure Code.

The court stated that it is not competent to hear the case, as it is within the competence of the Partial Commercial Court, and is ruling that it does not have qualitative jurisdiction to hear the case, and refers it to the Partial Commercial Court that has qualitative jurisdiction, and ruled to maintain the ruling on the case’s expenses.