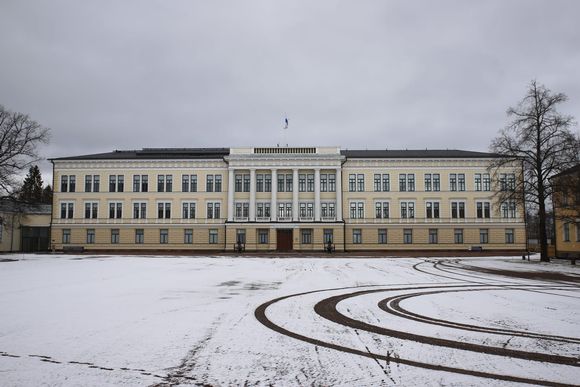 There has been a dramatic increase in the number of coronavirus cases at a defense forces academy in Hamina, in south-eastern Finland.

Seven new cases appeared at Easter, bringing the total number of cases detected in the infection group to 49. All cases except five were detected in conscripts at the reserve officers school, the rest in others. students of the Army Academy.

City Ronkainen, chief medical officer at Hamina garrison, said the first of the recent cases started showing symptoms on March 22, when he was tested for the virus.

“The first coronavirus infection here in Hamina was discovered on March 24. The second was discovered the next day. The virus circulating in the garrison appears to be very contagious,” Ronkainen said.

Military maneuverability in the spotlight

According to Ronkainen, the highly infectious British variant of the coronavirus is suspected to be behind the outbreak, although this will not be confirmed for at least a few weeks. Garrison officials are unable to say exactly how many Infection Chains are currently in the garrison.

Director of the Colonel Reserve Officers School Vesa Helminen said many factors were behind the spike in infections.

“The different chains of infection probably developed independently and got to the garrison. All possible ways of doing this are under investigation, as well as the situation of the increase in numbers itself,” he said. said.

But a conscript serving in Hamina said he was involved in a forestry training camp that was likely behind the reserve officer school outbreak. He spoke to Yle on condition of anonymity, given the sensitivity of the situation.

He told Yle that one person left training camp in the middle of the exercise. On the last morning, the rest of the attendees were told the person had been diagnosed with coronavirus. The conscripts who participated in the forestry training camp were then transferred to a building, separate from the other members of the garrison.

According to the conscript to whom Yle spoke, the isolation measures were not well implemented.

Chief Medical Officer Ronkainen said the standard procedure is to isolate exposed symptomatic, asymptomatic and exposed corona positive patients in separate locations. According to Ronkainen, people exposed to the virus have been divided into the smallest possible groups to limit the length of time the virus circulates among them.

“Priority must be given to preventing such exposures. It must be confirmed that all Defense Force training and guidelines have been followed here,” Ronkainen said.

Conscript Yle spoke to said asymptomatic cases and those with mild symptoms were kept together, isolation being reserved for those with more severe symptoms.

“We were told that only those with severe symptoms could leave. This was an interesting approach, because normally people exposed to the coronavirus would be isolated even if they did not have symptoms. It has now become easier to isolate yourself, but at first it was only for the severe symptoms, ”he told Yle.

Symptoms should be reported

Ronkainen did not deny that asymptomatic and mildly symptomatic patients were kept in the same dormitories, although he said efforts had been made to address this issue.

According to Ronkainen, conscripts who report symptoms of coronavirus are given an isolation room and a test. The conscript must wait for the test results in isolation, he said.

“Of course it takes a conscript to report the symptoms and not just stay sick in the dorm,” Ronkainen said.

Conscript Yle interviewed said he was suffering from mild symptoms of coronavirus. He took a test a week ago Monday and again this Tuesday.

“The last test didn’t work. It’s a bad thing to leave a week between tests, a lot has happened in between. It doesn’t really matter when the disease is already raging. The procedures should have worked better from the start. “

“Our goal is always to preserve people’s health as much as possible. The analysis of the factors that led to an increase in cases is ongoing and will help improve our processes in the future,” he said.

The Conscripts Association told Yle that they had been contacted by conscripts from the Pori Brigade, scene of a similar outbreak a few weeks ago. The Pori Brigade has seen more than 30 infections and more than 300 servicemen placed in quarantine.

The president of the association, Atte Grönroos, said some members of Pori had reported that conscripts exposed to the virus stayed close to others.

“In very rare cases, the exposed and unexposed people ate their meals together, the isolation measures were not sufficient. They used the same sanitation facilities, and the adequacy of those facilities was of course a problem, ”he said.

However, Grönroos stressed that the defense forces had made efforts to contain the spread of the virus among the soldiers.

“They have taken radical measures. It is in favor of the Defense Forces that the trainees remain in good health and that no one is in danger,” he said.

Grönroos also called for conscripts to be placed higher in the order of coronavirus vaccinations, after vaccination of at-risk groups, healthcare workers and other priority groups.