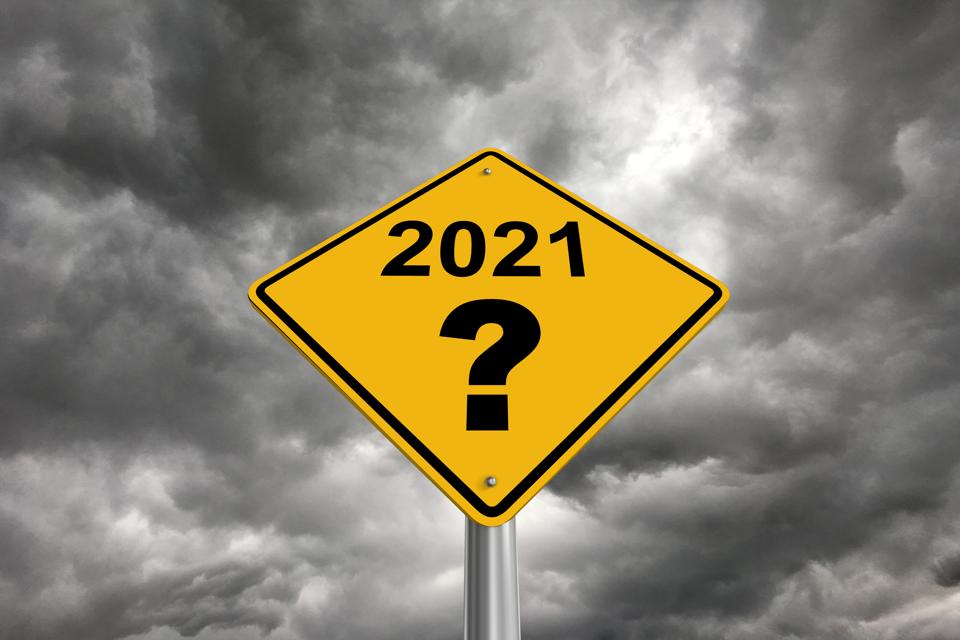 It’s safe to say that the early days of 2021 have reminded us that predicting the future is a foolish task. Despite our desire for certainty and consistency, we never know what lies ahead. Even so, on the eve of the new year, I asked college leaders to make predictions for the coming year in college admission. They offered their perspective on potential enrollment trends, the role of testing, virtual recruiting, and access and equity issues. I asked high school counselors and others who support students throughout the admissions experience to think about similar questions over the coming months. I also wanted to know what worried them most and what they hoped for. Not surprisingly, parallel themes emerged. Here’s what they had to say:

Undeniably, standardized testing has a way of dominating conversations about college admission. School counselors witness the anxiety and limitations that these high-stakes assessments place on students. But there may be hope. Christine Loo, Director of University Council at Stony Brook School in New York, says: “I predict that colleges will continue to be optional and continue with a holistic admissions process that does not take test scores into account as much as it does. ‘they have in the past. Danny Tejada is the Director of University Counseling at Villa Duchesne and Oak Hill School, an independent school outside of St. Louis. He is concerned that “students are risking their lives and the lives of those around them to take tests,” adding, “I am delighted to see students test less often. Tejada says, “I can’t wait to see colleges value a student’s life experience, rigor, and grades over three / four hours in a single day.” Jacob Navarrete is the associate principal of the graduate school and board director / college registrar at Alcuin School, an independent Montessori and International Baccalaureate school in Dallas, Texas. He also hopes for the end of the tests and predicts that “highly selective schools will continue to see an increase in applications if they remain optional for the tests.”

Julie Vivian is an academic advisor at the TERRA Environmental Research Institute, a magnet public school in the Miami suburbs. It offers a different approach to testing, providing that in some colleges less qualified candidates for optional tests will be admitted compared to students with more competitive courses but weaker GPAs. Vivian says that “ironically, test results often level the playing field, at least in my world.” In the coming year, she is concerned about the limited possibilities for testing, the lower quality of teaching in TBEN courses, and declining enrollment in competitive courses. Holly Ramsey, an independent education consultant in suburban Chicago who specializes in counseling homeschool students and their families, has similar concerns. She is concerned about the “lack of access to PSAT and TBEN exams for members of the homeschooling community.” Some districts and states make it difficult for children in the home to obtain seats for these tests. She adds, “This is one of the reasons you often see students at home opting for dual enrollment on TBEN.”

Patrick Gabriel Lorenzo is an academic advisor at St. Ignatius College Preparatory, a private Catholic school in San Francisco. He hopes “the University of California system will be test-free and hopefully encourage other institutions to remove testing from the admissions process,” adding that “this is the logical first step in the process. removal of a barrier in university admissions that would be the catalyst to lead to transformation. changes in the college application process. At the same time, he fears that “although the optional test may hold promise for students admitted without test results, the performance will reveal that there are still challenges in the university admissions process which need to be resolved, especially regarding the use of merit scholarships and the waiting list to respond to registrations.

Speaking of the need for transformative change, high school counselors in the trenches with students have a front-row seat in the face of disparities in access and equity. They see firsthand the disproportionate impact of admissions policies and practices on Black, Indigenous and Colored (BIPOC) students, from first generation to college students and those from low-income families. Many are optimistic about what the future holds. Tejada of Villa Duchesne and Oak Hill says, “I’m more excited to see college counselors encouraging high-performing, low-income black and brown students to apply to schools they typically wouldn’t have the knowledge to. luck, because selective colleges remain optional. / free test. He adds, “I am delighted to see how different the class of freshmen at selective colleges will be after this current cycle.” Meanwhile, Navarrete of Alcuin School expressed concern about “the persistent lack of fairness, the continued focus on some schools and a fork in the places where high performing pupils of color end up.”

ALSO READ  Trouble In Paradise: Most of Hawaii's public schools are still far away

St. Ignatius’ Lorenzo is concerned about “colleges that want to maintain the old status quo (eg, reinstate testing requirements, use an early decision to enroll a significant percentage of their incoming class) rather than engage in anti-racist actions (eg removing all testing requirements, making recommendation letters optional, eliminating advance ruling). He hopes “a universal college application deadline is the next frontier,” saying, “If we can have a consensus statement of intent to register on May 1, why not the same application deadline? Perhaps we can move towards a universal early deadline (somewhere between mid-November and early December) and a regular universal deadline (between January 15 and February 1), in hopes of identifying a deadline for all. “

One of the worrying trends in applications for this admission cycle has been the decline in the number of students completing the Free Federal Student Assistance Application (FAFSA). Barbara Conner, director of college counseling at Foxcroft School in Virginia, is optimistic, however. She says, “My big hope for the next season of admission is that we are seeing pre-COVID numbers of students and families filling out FAFSA forms. The 2023 admissions cycle is expected to see an upward trend in the number of students and families completing the FAFSA, as it will drop from over 100 questions to a few dozen. Access and equity are important goals for higher education and this could be a game changer! “

Despite the many challenges facing college admission, especially for historically underrepresented students, there are signs of hope. Loo from Stony Brook School says, “I am supported by the resilience of young people. In our own community it has been amazing how grateful they have been, how optimistic they continue to be and how kind they have shown themselves, even in the face of change, the lack of in-person community, to zoom fatigue and so many other things. something else that has changed in their world. Robin Connelly, a college counselor at Scarborough High School outside of Portland, Maine agrees. She was spurred on by “the resilience of teens, the heightened self-awareness, their experience of having a high school schedule that looks more like a typical college schedule. She adds: “A lot of students have found that they would be really okay if they weren’t involved in everything, or that they were really okay with being alone sometimes. There has been a lot of growing pains around this, and some students absolutely grapple with it; however, the students certainly felt unintended positive effects from this experience.

ALSO READ  How the Navajo Nation is transforming math education

Shanell Leggins is an academic advisor at NIST International School in Bangkok, Thailand. She says: “What I witnessed in 2020 and which I hope will continue until 2021 is the resilience, persistence, creativity and unwavering support of the students. The last year of loss amplified students’ self-awareness, self-confidence, patience and endurance. She also predicts that “there will be an increase in transition services and psychological support offered in colleges and universities” as they have the “responsibility to create an open, inclusive and supportive culture”. The challenge will remain as to how to do this when students are learning at a distance.

None of us can predict what this year will bring, and it will inevitably be full of surprises – positive and negative. What is encouraging is that the students have thoughtful educators and school counselors who will continue to push for the positive. We must continue to work to level the playing field so that ALL students have equal access to this high quality support. It will take intentional effort as we embark on 2021, but there can be no greater accountability to our students.

It’s normal not to have a grip on Cardona yet

The Bharat Express News - January 19, 2021 0
A dairy owner was shot in the leg during an aggravated theft in the Auckland southern suburbs of...