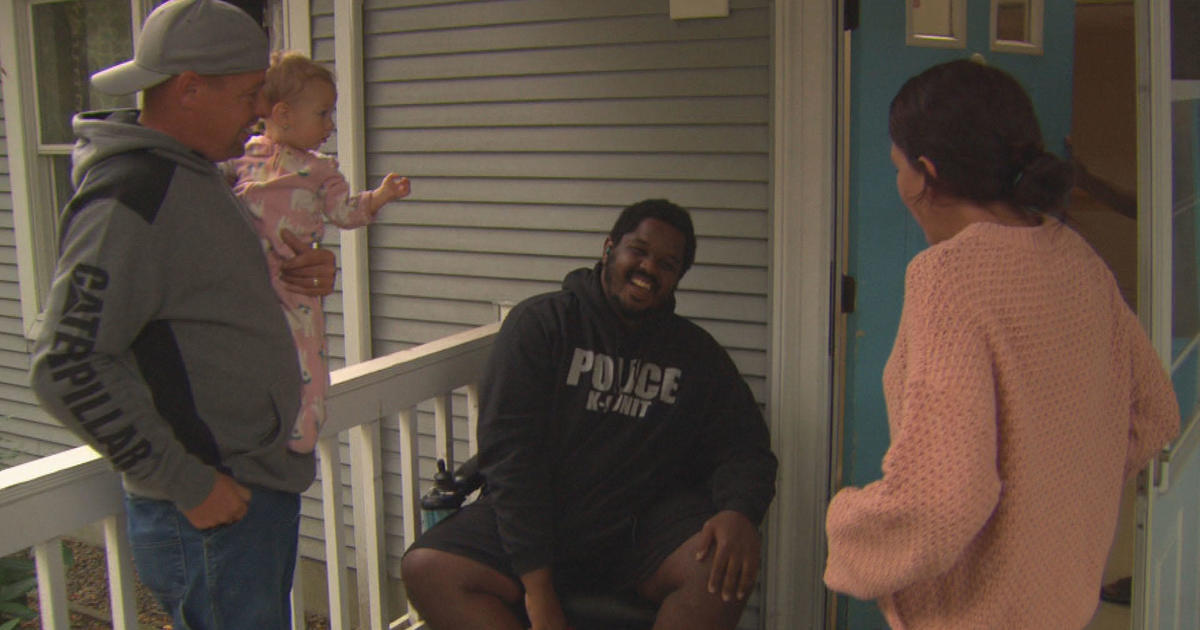 HOLBROOK — There are times when people can really make a difference in someone else’s life. Matt and Megan Pohl of Randolph are living examples of this. Last week before the Patriots game, they spotted a stranger who had to be rescued because his wheelchair got stuck on the track in Holbrook.

“You just have to help people, save people,” said Matt Pohl.

“It was difficult. His wheel was wedged perfectly between the concrete and the track,” said Megan Pohl. “I don’t think he realized what was going to happen.”

But the Pohls did and responded without hesitation. The approaching train was only seconds away from reaching the man.

“When we got out of him, this [crossing gates] came down and the train passed,” Megan said.

They got the chance to meet the man they were helping on Monday. He is 27 year old Jamarc Tidwell, but goes by JT. He has special needs and is semi-independent, but on that day he needed an extra hand.

“They rescued me from the train,” JT said.

JT needs a new electric wheelchair, the one he has is not working properly and he got stuck.

He is also a huge Patriots fan. He was on his way to get a coffee at Mary Lou’s before kickoff when he got stuck. “Best coffee in town,” JT said, which Megan agreed.

When the police arrived, JT was already safely off the track, but still wanted his pre-match coffee. Holbrook police officer Justo Pagan was happy to help and bought him one.

As for the Good Samaritans, “I would hope my kids would get help if they needed it,” Megan said.

Paul Burton is a general assignment reporter for WBZ-TV News.