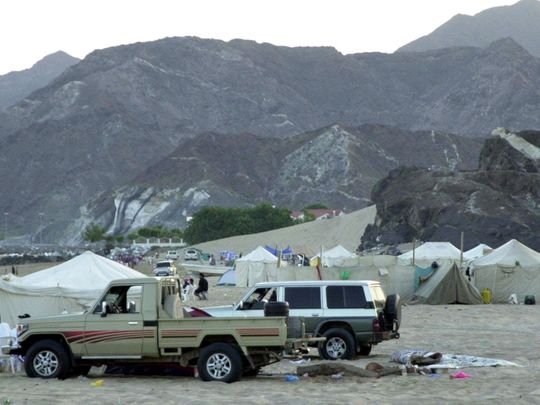 Fujairah: The Crisis and Disaster Emergency Team in Fujairah has issued a decision to ban the establishment of camps of all types of camping; including tents, caravans and others pass through the emirate during the winter, as part of precautionary and preventative measures, in light of the continuing COVID-19 pandemic.

Major General Mohammad Ahmed bin Ghanim Al Kaabi, Commander-in-Chief of Fujairah Police, in his capacity as head of the Fujairah Crisis and Disaster Emergency Team, said the move is in line with as part of efforts to maintain the health and safety of community members. and limit the spread of the coronavirus, especially as the approach of the season will bring moderate weather and some families and young people will leave may wish to go camping and stay for long periods in such facilities.

He stressed that the authorities concerned would immediately remove these camps and caravans in case their owners did not comply, and the offender and his companions would be returned to the competent authorities. He called on all members of society to cooperate with the decision.

Gang jailed for stealing Dh580,000 worth of jewelry and watches from Dubai villa

UAE National Day 2020: Readers share 49 photos of their favorite places to visit in the UAE