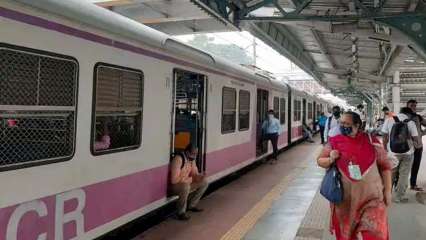 Central Railways and Western Railways have announced good news for daily travelers and local workers, as commuter services are expected to resume services in Mumbai to pre-pandemic levels starting this month, according to the report. their official statement.

Mumbai’s local trains will resume operations at 100% capacity from October 28, according to reports. The official statement says that while the trains will operate at full capacity, existing travel restrictions for the general public will remain unchanged for the time being.

According to media reports, an official said the decision to get Mumbai’s local trains running smoothly has been made, bearing in mind the increased flow of daily commuters, as offices end working from home and markets are opening up.

ALSO READ  "Manual Only Printed Word": Zakia Jafri's coup against the cops at the Supreme Court

The CR and WR issued a joint statement, according to which, in accordance with standard operating procedures, only categories identified by the government to date are permitted to travel. The Central and Western Railway will operate 1,774 and 1,367 respectively from October 28 on their commuter lines.

Shivaji Sutar, director of public relations for Central Railway, said that although trains will operate at full capacity and the number of commuter services will increase from this week, existing travel restrictions on local trains will remain unchanged for the moment.

The official statement reads: “The categories of commuters authorized by the state government and approved by the Ministry of Railways were then expanded in August 2021 and in recent weeks, to travel on commuter trains. “

For now, the category of people allowed on Mumbai local trains are government employees, essential service workers, fully immunized citizens who have completed the 14-day period after the second dose, and people under 18 years old.

Before the COVID-19 pandemic, nearly 80 lakh passengers were traveling on local trains in Mumbai. As Mumbai has emerged as one of the worst affected cities during the pandemic, local train services have been disrupted and have not returned to normal operation for more than a year and a half.