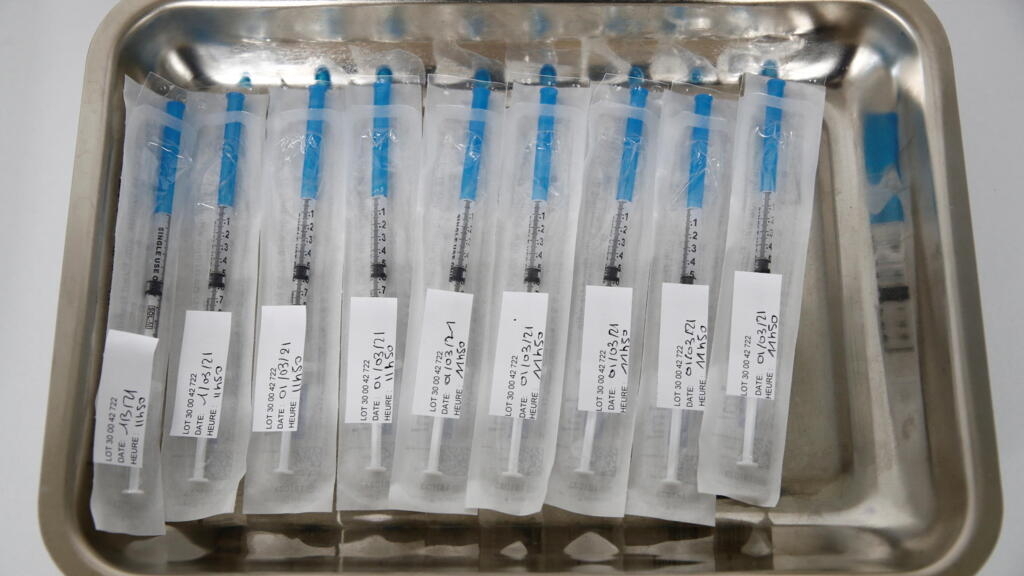 A new study published this week by the French Institut Pasteur concludes that with the British variant of Covid-19 now dominant in France, 90% of adults will need to be vaccinated before the country can resume normal life without risking another outbreak of the virus .

According to new modeling published on Tuesday on the Institut Pasteur website, the proliferation of the British variant in France has clearly hampered the prospect of returning to life as we knew it before the pandemic this fall, a horizon that some scientists had hardly advanced a few months. since.

The study authors conclude that since the UK variant, known as B.1.1.7, is now dominant over other strains of coronavirus in France, 90% of the country’s adult population should be vaccinated with end of summer before French residents can do without social distancing measures without causing another spike in cases.

The impact of the British variant

This high level of vaccination among adults is a significant challenge in France notoriously skeptical of vaccines, where recurring delivery delays have further hampered the initial rollout of vaccination in the country. Experts tell TBEN that the 90% target would be practically impossible to achieve.

“The main message of our work is that vaccinations will allow us to emerge from the crisis, but we must expect to live with certain constraints in the fall”, Pascal Crépey, co-author of the study and researcher in epidemiology and biostatistics of the EHESP school of public health in Rennes, told TBEN.

>> The Yvelines vaccinodrome, the yellow jersey for the Covid-19 inoculation race in France

So how did researchers arrive at the 90% figure when, until recently, the generally accepted goal was that a protection rate of 60-70% would provide the much-discussed levels of “herd immunity”? needed to quell Covid-19?

The answer lies in the extent to which B.1.1.7 raised the stakes. Specifically, the problem is its impact on what is called the R0 (pronounced R-nothing or R-zero), the reproduction rate which determines the transmissibility of a virus in terms of the number of people that a single infected individual will infect on average. If the R0 is less than 1, each infected person infects at most one other individual, and infection rates should eventually drop.

“The R0 of the majority strain circulating in France has changed. It was around 3 for the original novel coronavirus and it is estimated between 4 and 5 for the ‘British’ variant,” Amaury Lambert, professor of mathematics at the University of the Sorbonne in Paris, told TBEN.

On this basis, the increase in R0 “automatically increases the vaccination threshold necessary to consider a return to normal life without risking another epidemic outbreak,” Lambert said. Hence the figure of 90% given for the inoculation of individuals over 18 years old given the predominance of the B.1.1.7 strain in France.

The researchers recognize, however, that the necessary threshold would not be as high if children were to be vaccinated as well. Indeed, “if only adults are vaccinated, a considerable epidemic is nevertheless expected in children, contributing to the infection of unprotected parents and grandparents”, note the authors of the Pasteur study.

By including candidates under 18, “the vaccination of 60 to 69% of 0 to 64 years and 90% of those over 65 years could allow a complete relaxation of control measures” from September, suggest the authors.

However, this discussion remains purely theoretical since “no vaccine has received marketing authorization for children in France,” noted Crépey. In fact, the results of clinical trials that could show Moderna, BioNTech / Pfizer, and AstraZeneca vaccines are as safe and effective for minors as they are for adults have yet to be released. “It is clear that if we knew the effectiveness of these vaccines in children, this would make it possible to adapt the vaccination strategy,” epidemic modeling specialist Jean-Stéphane Dhersin, scientific director, told TBEN. deputy of the National Institute of Mathematical Sciences.

Another parameter that could influence the priorities of the vaccination campaign is the level of protection provided by the injections. “Initially, we knew that vaccines greatly reduce the number of severe cases of Covid-19, but we lacked data to know whether they were also effective in limiting transmission (infectivity) or in preventing infection of the person. vaccinated (sensitivity This is why it was decided that the priority would be to vaccinate fragile and elderly populations to limit the number of deaths and hospitalizations ”, explained Crépey.

Scientists have since been able to examine data from Covid-19 vaccination campaigns deployed around the world which suggests that the vaccines available offer good protection against the risk of infection. The model adopted by the Pasteur study indicates that in the case of a vaccine effective both to prevent serious cases and protect against infection, “the order of priority of the populations to be vaccinated becomes less important”, stressed Crepey.

In other words, extending vaccination to the entire adult population has the same advantages – limiting the number of deaths and hospitalizations – as giving priority to vaccination of populations most at risk.

“Indeed, the vaccination of the youngest, who have a lower risk of developing severe forms of the disease but who play an important role in transmission, reduces the circulation of the virus and therefore indirectly protects the most vulnerable”, write the authors. of the study.

“If it is confirmed that vaccines have a real impact on susceptibility to infection, we might consider expanding vaccination to younger people earlier,” said Crépey. This would make it possible to achieve the goal of 90% of the population more quickly.

But even if that threshold is not reached by the fall, “we will still reap the benefits of the vaccination campaign, as each person vaccinated reduces the rate at which the virus spreads,” Dhersin explained. The authorities should, in the mathematician’s opinion, slowly but surely lift the constraints of Covid-19 or adapt them.

“One could imagine a reopening of cultural places where the public would be forced to wear a mask, for example,” Dhersin proposed.

For residents of France, it might simply be a matter of redefining the concept of “normal life”.

US officials travel to Europe to boost Allied support for Russia, Iran and China