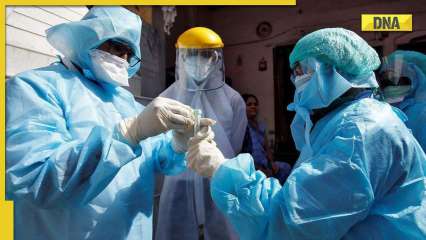 The coronavirus pandemic has started rearing its ugly head again in Delhi. The city has been reporting more than 10 percent of its Covid positivity rate for several days now. The national capital reported 2,073 new cases on Wednesday, an increase of a whopping 37 percent compared to Tuesday’s figures. However, the most worrying figure was the daily positivity rate – 11.64 percent.

The last time the positivity rate was at this level was on January 24. The positivity rate at the time was 11.79 percent. There was then fear of a fourth COVID wave, but the low number of hospital admissions meant the wave was not as deadly as the second wave. The city now faces the same danger.

What is the Covid positivity rate? Why is important?

The daily positivity rate is one of the most prominent indicators of the prevalence of a virus in the population. During the second wave, thousands of people were tested for the coronavirus every day and the positivity rate reached 30 percent.

ALSO READ  Some K-12 systems did well during Covid-19. What made them so prepared?

If the positivity rate falls below 5 percent, the pandemic is believed to be under control. Between 5-10 percent, it is considered an increase. The positivity rate rising above 10 percent is cause for concern. It could mean the city is heading for a new wave.

Is it a fourth wave? It’s too early to say. To call it a new wave, the positivity rate has to stay north of 10 percent for quite some time. The wave wouldn’t be a cause for concern if it didn’t increase the number of hospital admissions, the percentage of Covid-positive people being admitted to hospitals. Due to a low hospital admission there are less seriously ill.

Delhi’s positivity rate has been steadily rising over the past week. The city registered 1,506 cases of Covid and three fatalities on Tuesday with a daily positivity of 10.69 percent. The day before, it was 11.41 percent.