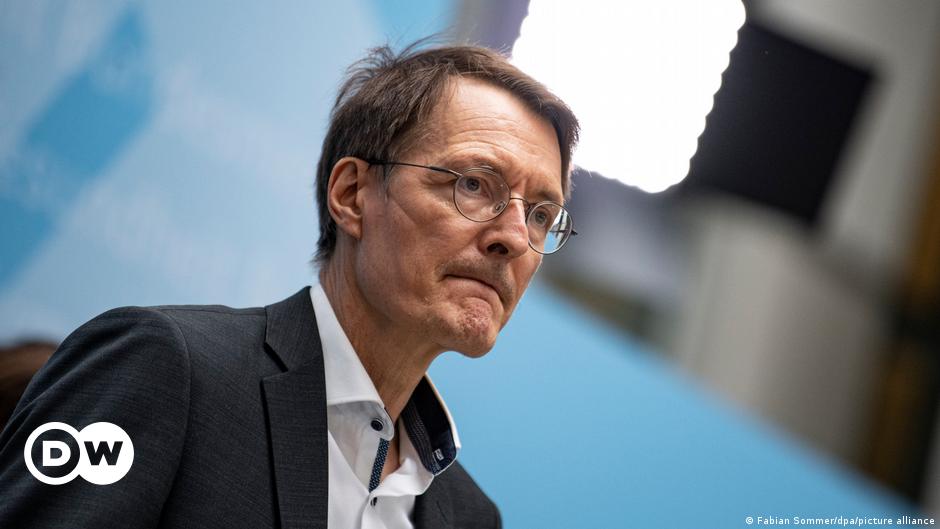 German Health Minister Karl Lauterbach has tested positive for the coronavirus and is in isolation at home.

“The minister is doing well, he has only mild symptoms. He is temporarily performing his official duties from home isolation,” said the German Ministry of Health.

Lauterbach, 59 and a member of the Social Democracy, has received four doses of the COVID vaccine. The ministry said this “shows that infection cannot be completely ruled out with the highly contagious Omicron variant, even with extreme caution.”

“The minister therefore once again calls on everyone to be prudent and to pay attention to adequate vaccination protection, so that infections and serious cases can be prevented as much as possible.”

COVID measures can be tightened in winter

On Wednesday, the German government announced basic COVID measures, only a few of which apply nationwide, with a much greater focus on allowing states to choose what to implement. The most notable national plan, making face masks compulsory on long-distance trains and planes, will remain in effect for the coming fall and winter.

From October to early April, many people will also need a negative COVID-19 test to access hospitals, nursing homes and similar facilities with vulnerable people. The government statement was not clear whether this would include staff, but did indicate that people who have recently been vaccinated or infected and recovered are likely to be exempted.

However, the 16 German states are largely left to implement their own rules from a range of options, depending on how severe the situation becomes locally. For example, governments can decide to make face masks mandatory on public transport, in schools for students or at indoor events.

The government is also planning a vaccination campaign in the coming months in the hopes of keeping the number of infections low.

“Germany should be better prepared for the next coronavirus winter than in previous years,” Health Minister Karl Lauterbach said earlier this week.

Justice Minister Marco Buschmann said he would like to keep the schools open, while states “will only be able to impose a mask requirement in schools if it is necessary to continue providing personal education.”

“Children have the right to school education and a school day that is as carefree as possible. School closures should therefore not be allowed,” said Buschmann.

The new rules still have to go to the cabinet and parliament for approval, although this is expected to be a formality.